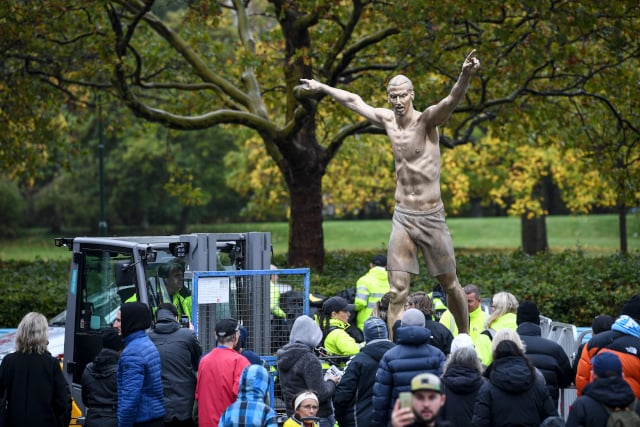 “No matter where you come from, where you are, no matter what you look like, the statue is the symbol that anything is possible,” said Sweden's best-known footballer, visibly moved to see himself permanently represented “where it all began”. Ibrahimovic, who had a stint with Paris Saint-Germain, already has an effigy at the Grevin wax museum in the French capital.

He had been waiting for his statue in Sweden for five years. The work, created by Swedish sculptor Peter Linde, is impressive. Ibrahimovic stands 1.95 metres tall. The sculpture is 2.7 metres high and weighs 500 kilos.

Ibrahimovic, whose parents emigrated from the former Yugoslavia, grew up in difficult conditions in Rosengård, a neighbourhood in Malmö known for violent clashes between rival gangs. He played for Malmö, then Ajaz, Juventus, Inter Milan, Barcelona, AC Milan, PSG and Manchester United before moving to the LA Galaxy. He developed a reputation as a player who won league titles, collecting 13 in 16 seasons in the Netherlands, Italy, Spain and France, although one, with Juventus, has since been rescinded. Šefik Ibrahimovic at the unveiling of his son's statue. Photo: Johan Nilsson/TT

His Galaxy team have made the MLS playoffs and face Minnesota in the first round on October 20th.

Ibrahimovic dominated the Swedish national team from 2001 to 2016, winning 116 caps and scoring 62 goals. A lot of Malmöites had turned out to get a glimpse of their hero. Photo: Johan Nilsson/TT

He remains an icon in his hometown.

“He is one of us. He comes from Rosengård and has become the king of football,” said Jaafar, who grew up in the area and came up to approach his idol. Taking pictures with fans at the gathering in Malmö. Photo: Johan Nilsson/TT

Ibrahimovic, who is famous for his bombastic, possibly tongue-in-cheek, declarations, said before leaving PSG that he would stay if the club owners could persuade the city to “change the Eiffel Tower for my statue”.

“A World Cup without me is nothing to watch, so it is not worth waiting for the World Cup,” he said when Sweden failed to qualify for the 2014 finals.

EDITOR'S PICK: Ten ridiculous things Zlatan has compared himself to 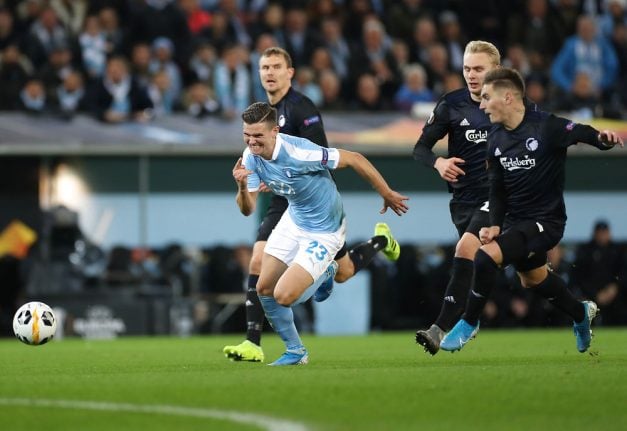 FOOTBALL
Copenhagen and Malmö even in feisty ‘Battle of the Bridge’ 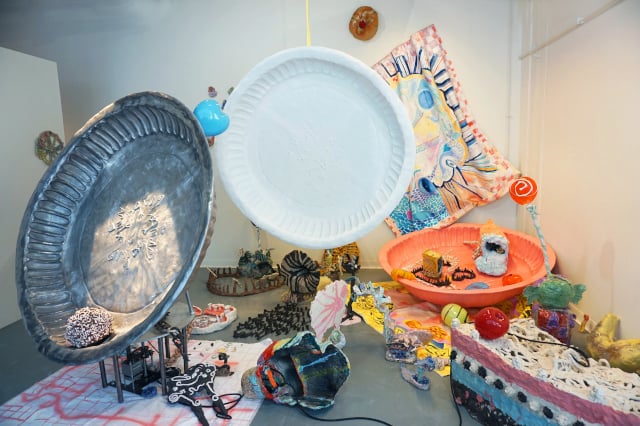 STOCKHOLM
WHAT’S ON: Events for English-speakers in Sweden in October
Url copied to clipboard!