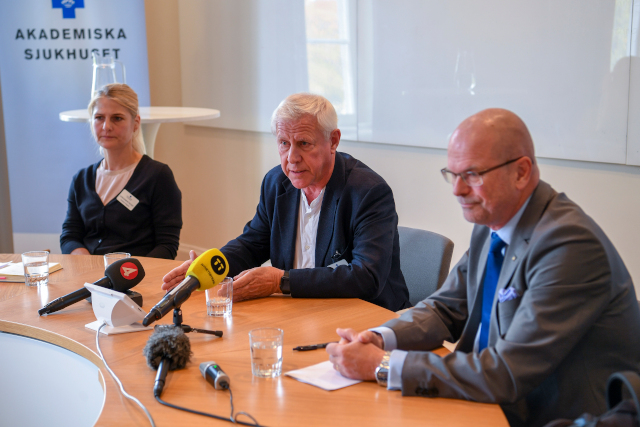 No planned inpatient care or routine surgeries have taken place at the hospital since Friday last week, after a new supplier failed to deliver disposable equipment such as hand disinfectants, sterile gloves and catheters.

Hospital chiefs confirmed that all such surgeries would remain cancelled on Thursday and Friday.

“The deliveries we have received do not cover both regular care and emergency events such as accidents. For safety reasons, we are reserving the equipment we have for medically urgent operations,” said head physician Göran Günther in a statement on Wednesday.

Emergency care, essential surgeries, outpatient care that does not require surgical procedures, and care for patients already in hospital, are all said to be running as normal.

Five healthcare regions in total are affected by the late deliveries, including Uppsala, Örebro, Dalarna, Västmanland and Sörmland. Uppsala University Hospital – the largest hospital in the region – is the only one that have been forced to cancel surgeries, but the situation elsewhere has been described as “strained”.

Sweden's National Board of Health and Welfare (Socialstyrelsen) has held a series of crisis meetings with healthcare officials to ensure the regions have enough supplies to handle major unforeseen events.

The problems arose when the regions changed suppliers at the start of the month. The new supplier, Apotekstjänst, said it was “working around the clock to solve the very troubling situation” and had outlined a plan with the regions to get back on track.

Uppsala University Hospital said it was looking into alternative sources of supplies in the meantime, but was on Wednesday not able to say when the problems would be fully resolved.