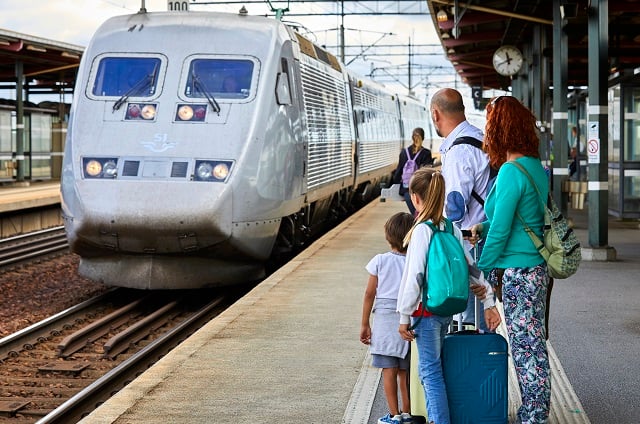 A railroad switch between Flemingsberg and Södertälje, south of central Stockholm, was damaged early on Monday morning, and will now need to be changed. This is going to affect train traffic significantly in the meantime.

“We will be driving on one of the two tracks, and will also use the commuter train track,” Ulrika Karlsson from the Swedish Transport Administration's press office told the TT news agency.

SWEDISH VOCABULARY: The words and phrases that will help you survive your commute in Sweden

Many trains will still need to be cancelled or re-routed, she explained.

“This will affect the southern and western mainlines. We refer passengers to train operators for more information,” said Karlsson.

According to national railway operator SJ, between 60 and 70 of their trains will be affected by the switch change. Trains going north will be diverted via Södertälje hamn and will use the commuter train track, but this is expected to lead to some delays.

“According to the traffic operators, it sounds like it will be well-ordered. We are contacting passengers via the SJ app and by email. They will get information in the channel where they have their ticket,” SJ press officer Pernilla Johansson said.

The switch change is not expected to be ready until Tuesday morning.