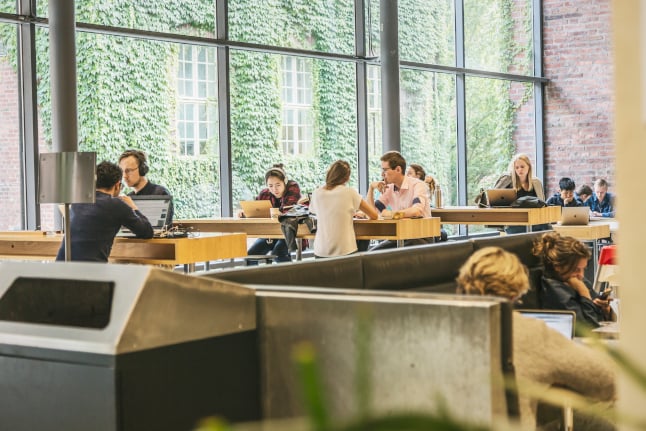 A total of 43 percent of Stockholm's 5,440 doctoral students come from another country – an increase of 14 percentage points since 2008 – according to the report by the Stockholm Academic Forum (Staf).

The Stockholm School of Economics has seen its share of international doctoral students grow from 25 to a whopping 53 percent over the past ten years, and from 19 to 42 percent at Stockholm University.

Sweden as a whole has seen a rise from 20 percent to 35 percent in the same period.

“It is a testament to the great reputation of our higher education institutions. We know that Stockholm is highly valued by foreign researchers, and in international comparisons, we often see that higher ranked universities have a higher proportion of international doctoral students,” said Maria Fogelström Kylberg, CEO of Staf, a collaborative body of Stockholm City and its 18 higher education institutions, in a statement.

Being a doctoral student in Sweden comes with several perks. One of the main ones is that unlike in many other countries, in Sweden doing a PhD is considered a job, which means that it often comes with not just student discounts, but also a range of employee benefits: salary, holiday days, sick pay and a pension.

If you come from a non-EU country, you may also be eligible for a permanent residence permit after your four years of doctoral studies – an attempt by Sweden to convince foreign talent to stay after their studies.

But students waiting for an extension to their permit often face long waits for a decision, and several readers have told The Local of the stress this causes: including being prevented from travelling to their home countries to visit family and friends, or missing out on key international academic conferences.

If you are an international doctoral student in Sweden who want to share your story – good or bad – we would love to hear from you. Please email [email protected].

PARTNER CONTENT
Five ways to transform your career in 2022
Url copied to clipboard!