New arrivals to Sweden are often told how generous the country's working hours and benefits are, so it may come as a surprise that there's no minimum wage as such.

Most countries in Europe have some sort of minimum wage in place, after the first laws on minimum legal pay were implemented in New Zealand and Australia in the 1980s.

In Sweden however, there is no official minimum wage.

That doesn't mean salaries go entirely unregulated. Instead, they are agreed by negotiations between the employer and either the individual employee or a trade union which represents them (or often, both).

Trade unions agree collective bargaining agreements (kollektivavtal) which apply to different industries. These usually include minimum pay levels for different jobs within the industry, which might differentiate between employees with different levels of education. They usually require employers to conduct an annual performance and salary review, as well as an annual pay rise of at least around 2.5 percent.

The agreements cover other aspects of your working life beyond salary, which can have a big impact on your take-home pay and quality of life, so it's well worth finding out if your employer or prospective employer has one, and what it includes.

For example, a typical kollektivavtal will include provisions for overtime pay, pensions, sick pay and parental leave, vacation allowance. There are also often extra benefits such as training or 'fitness benefit' (friskvårdsbidrag) which is an annual sum of money you can spend on sport- or health-related expenses, like a gym membership or sports club. 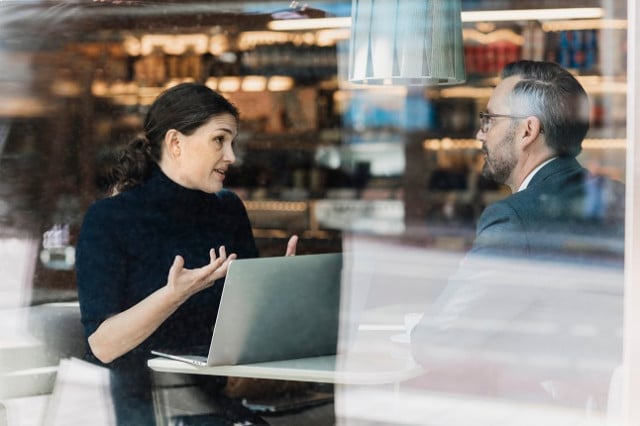 As well as in kollektivavtal, another situation in which minimum wages apply is for third-country workers in Sweden. If you want to move to Sweden from a non-EU country for work, you must have an offer from a job that will allow you to earn a minimum of 13,000 kronor per month before tax. This is extremely important for self-employed people to be aware of. There have been several high-profile cases of successful entrepreneurs being deported from Sweden after choosing not to take a salary and instead investing the money back into their business and living off personal savings or a partner's salary, for example.

For many full-time work permit-holders, though, another of the requirements is more pertinent when it comes to salary. In order for a work permit to be approved, the employer must be offering the prospective worker a salary “that is at least on par with that set by Swedish collective agreements or which is customary within the occupation or industry”.

Around 90 percent of employees are covered by a kollektivavtal, but some companies, especially smaller businesses and startups, choose not to use them.

So when you're interviewing, how can you be confident if the wage you're being offered is fair?

If you're a member of a union, you'll have access to their salary statistics which give detail about the average pay for people in your industry. You can find out the market rate for someone in a similar position to you, in a similar location and with a similar level of experience and responsibility.

Some unions will also offer advice over the phone or by email so that you can get help reviewing an employment contract or preparing for your salary review.

And even if you're not a union member, a lot of useful data is publicly available.

Websites such as Alla Studier, Lönestatistik, and SCB offer information on average salaries, which you can break down by length of experience, location, and education level. But be aware of any extra factors which can affect salaries in your industry, such as professional qualifications or language skills which might be a requirement to reach the higher end of the band.

If you're at a larger company with a clear hierarchy and structure, it may well be possible to have a frank discussion with the hiring manager (for a new job) or your line manager (if you're already employed). Many companies have salary bands for different positions, and you can ask questions like what the salary band for your current position is, what you would need to do to be qualified for a higher level within the band, or what your options for career progression within the company are.

Something else to be aware of is that large pay rises are unusual in Sweden unless you're changing position, so it's best only to agree to a salary you're completely happy with, rather than settle for something lower and hope you'll be able to increase it later.