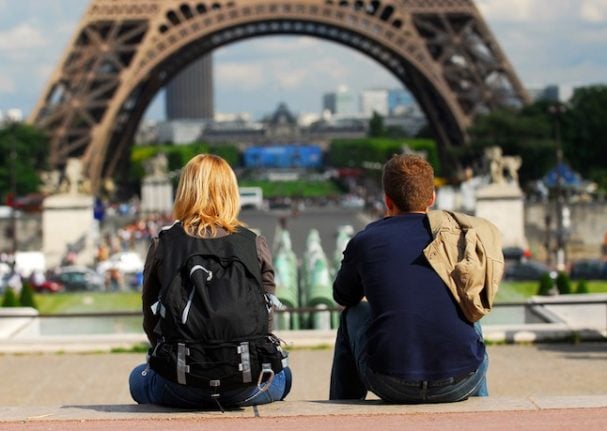 Every country has its own little quirks and discovering them is part of the fun of living abroad. That’s not to say it can’t be tough to adjust at times, as many of our readers have found out for themselves. The Local has partnered with AXA – Global Healthcare to present a handpicked selection of the biggest culture shocks experienced by expats in Europe.

No smiles in Sweden

One of the first things expats notice about the Swedes is that while they are (almost unnervingly) polite, they prefer minding their own business – so don’t expect a smile on the subway. Swedes may be all about solidarity and equality, but they’ll never give away their favourite spot for picking mushrooms, let alone give up their bus or train seat. They’re also strict about queuing but are often seen crossing the street where there isn’t a designated pedestrian crossing (the horror!) and spitting on the ground which may seem shocking to some expats in Sweden.

The Mediterranean country boasts lush vineyards, serene coastal landscapes, and lively cities bursting with culture. However, its nightmarish bureaucracy and lack of digitalization sometimes outweigh the many positives for its international residents.

Slow digitalization is a common bugbear experienced by expats in several European countries. When it comes to digital healthcare at least, AXA is on-hand to support Europe’s international residents. The Virtual Doctor Service, offered with AXA’s global health plans including out-patient cover, allows expats to speak to a doctor in a range of languages, at short notice from anywhere in the world.

No lunch errands in France The French are famously hot-blooded so you’d think they’d see the merits of air conditioning. Think again. Even in the hottest months, they manage to get by without air con — much to the dismay of the country’s international residents.

Your French colleagues won’t be impressed if they catch you rushing your lunch or eating it at your desk. The French make time for each other and are well-known for their long lunch breaks and lively dinner parties. But for those who are used to taking a quick lunch – or even working through their lunch breaks – lunches that last for hours can be an adjustment.

Internationals used to running errands over lunch will have to reschedule: banks, post offices, most shops, and even the gendarmerie (a branch of the French armed forces responsible for internal security) close down for at least a couple of hours at lunchtime. Germany is another country where digitalization has been slow on the uptake. Mobile data plans are simultaneously slow and expensive, which can be frustrating for expats used to a more seamless online experience. In contrast, there is no speed limit on the Autobahn which can come as a terrifying realization for internationals driving in Germany.

Stereotype or not, Germans are famous for their efficiency. That said, expats in Germany report finding simple bureaucratic tasks – such as setting up a bank account – to be far from efficient.

It’s hard to think of Spain without envying its siestas – the obligatory down-time when the entire country shuts down for two hours in the middle of the day – and its fiestas – which needs no translation. The Spaniards certainly do seem to have a unique relationship with time, as expats soon come to realize. We’re not just talking about the late-night dinners. In Spain, there is little road rage (a by-product of no-one rushing to get anywhere), young children stay up later than many expats are accustomed to, an “afternoon appointment” can refer to an appointment time after 8pm, and you can comfortably say buenos dias (good morning) until after lunch. This takes some acclimatising for expats coming from countries with stricter rules about timekeeping.

Strapped for time? AXA’s Virtual Doctor Service can save you time and give you peace of mind while living abroad. Click here to find out more about AXA’s global healthcare plans or click here to get a quote.

This article was produced by The Local Creative Studio and presented by AXA. 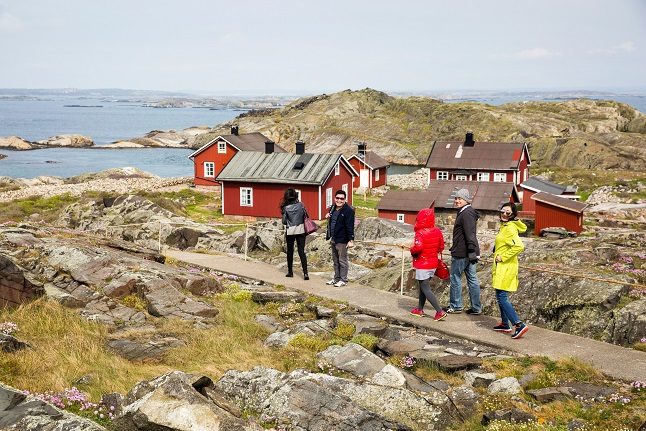 Making sure you sign up for this important insurance could save you thousands of kronor. Photo: Emelie Asplund/imagebank.sweden.se

The Swedish Social Insurance Agency (Försäkringskassan) is responsible for providing a range of benefits and allowances, including sick and disability pay, child allowance, and many other forms of social security.

In order to receive these benefits, you need to be insured in Sweden. You don’t pay anything for this insurance, but you do need to actively apply to be completely covered.

Some benefits are linked to your employment. Work-based benefits like sick pay, parental benefit, and injury compensation are available to people who work in Sweden – employees, self-employed people, and contractors are all insured for these.

Other benefits are available to everyone legally resident in Sweden, regardless of whether you’re working, but only if you sign up with Försäkringskassan.

This includes child allowance, parental benefit at the basic level, income support for the elderly, and several other benefits.

One important one is dental care.

You will be eligible to receive medical care in Sweden on the same terms as Swedish citizens as soon as you are registered with the Tax Agency and have a personal identity number, personnummer (non-EU citizens should arrange insurance to cover them before this point).

But for dental care, you need to register with Försäkringskassan in order to be eligible for Sweden’s dental subsidies.

Dental care is free of charge for people under the age of 23. After this age you are required to pay, but are entitled to an annual subsidy depending on your age, as well as high cost protection which means you never pay above a certain amount for dental care in a given year.

So how do you apply?

If you move to Sweden together with a child (aged under 16), the agency should contact you once you have registered with the Swedish Tax Agency (Skatteverket) and received your personal identity number.

But for people moving here without children, you need to actively register with the agency – simply having your personnummer is not enough. It is important to do this as soon as possible after the move. Even if none of the benefits are relevant at the time when you move, it’s a key step just in case something unexpected happens.

One reason for that is that registration is not automatic. In fact, the process can take several months, and you are not insured during the waiting time.

Once you have got either a residence permit or have registered with the Tax Agency, you can register either online at forsakringskassan.se, if you have Swedish BankID, or by sending off a form, which you can find in English here. You will need to provide copies of your permit or, if moving from an EU/EEA country or Switzerland, proof that you are no longer covered by social insurance in that country.

If you are not able to be added to the population register, for example if you cannot prove that your stay will be over a year, you should still apply either online or via the same form, and the agency will check if there are any forms of compensation you may still be eligible for.

When you register with Försäkringskassan, you can also apply for a European Health Insurance Card (EHIC) at the same time. The benefit of this is that when you travel within the EU, you will be eligible for the same healthcare at the same prices as local residents.

If you become eligible for a benefit, for example if you need long-term sickness compensation or are expecting a child, you will need to let the agency know by either filling out a form or using the My Pages section of the website to apply for that compensation.

The exception is the dental subsidy, which you do not need to apply for because everyone is eligible. All you need to do is tell your dentist that you are registered with Försäkringskassan and would like to use your subsidy towards your payment.