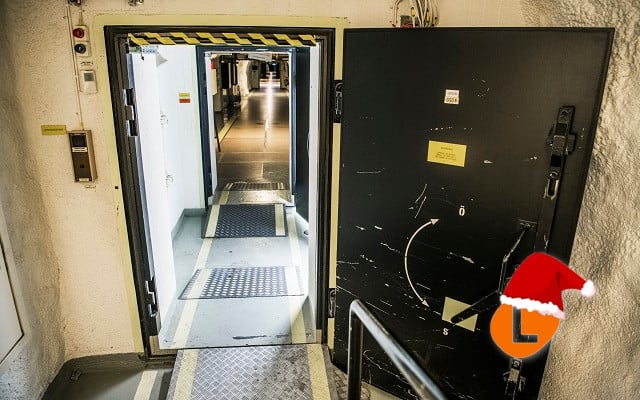 Despite its long history of neutrality in conflicts, Sweden has worked hard over the years to ensure it is prepared for any potential outbreak of war. You've probably heard of the thousands of war shelters across the country, recent military exercises, and the practice of conscription.

As well as national defence, being able to care for the civilians in the event of crisis is an important part of preparation. Stockholm's Södersjukhuset on the island of Södermalm (and not far from The Local's own present day headquarters) was set up as an emergency hospital during World War Two to cater for the fast-growing southern part of the city.

An 'emergency hospital' or akutsjukhus is the name for facilities which are prepared 24/7 to take in patients requiring urgent care.

By the time construction was completed in 1944, it was the largest hospital in the Nordic region, and today it remains the largest of Stockholm's two emergency hospitals. But there were concerns that in the event of Sweden entering the war, it still wouldn't be big enough, and could be vulnerable in any attack.

So a huge amount of rock space was hollowed out to create a vast underground section to the hospital. This was to be a Disaster and Emergency Medical Centre or DEMC, capable of receiving patients within a short space of time by boat, land, helicopter or rail. The 4,700 square metre underground hospital would be completely self-sufficient, without the need for external electricity, water, or telecommunications.

An emergency room, operating theatre, intensive care unit and other facilities are all reachable off a 170-metre corridor. The hospital is linked both to Södersjukhuset and the railway station, while helicopters could land directly above.

After its completion in 1944, of course it wasn't long before peace arrived across Europe. The underground hospital was forgotten by many, but over the years it has been renovated to be able to cope with newer threats, such as nuclear or chemical attacks, with Sweden's first permanent decontamination centre.

For many years, it was used only as a storage room for the above-ground hospital, and was reopened in 1994. In its current form, it can cope with 160 patients during wartime or 270 during peace; alternatively, it could be put to use as a shelter for more than 3,000 people.

In recent years Sweden has stepped up its crisis preparedness levels, and last year the centre-right Moderate Party suggested renovating the facility once more so that the country would be ready in the event of emergency.