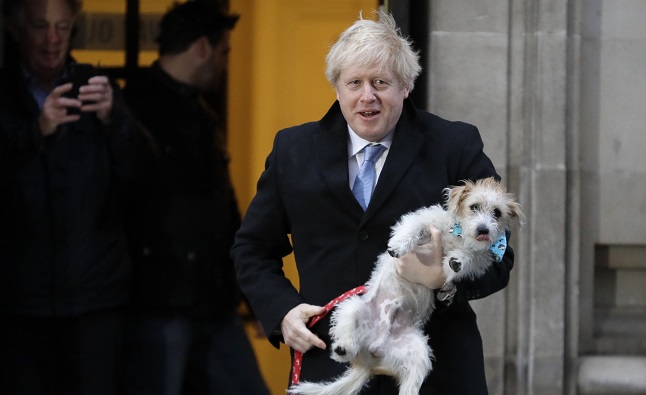 After a sweeping victory, Prime Minister Boris Johnson insisted on Friday that he would do everything to get Brexit done by January 31st.

Brexit, he said, was now the “irrefutable, irresistible, unarguable will of the British people”.

There will be many Britons in Europe who might still dispute that but most seemed to accept on Friday, some for the first time, that the UK will leave the EU and they would no longer be European citizens.

When The Local asked our British readers how they felt about the result, many expressed shock or sadness. Reader John Thoms called Friday a “sad day for Britons” while Helen Sheppard said it was “a total disaster”.

“My husband is Swedish, I have dual nationality, we are planning to move back to UK in a few years when he retires, this result has made it almost implausible,” commented Su Eriksson.

Linda McKee said “eventually Britain will be stronger” but expressed concern that the result, and the fact that Brexit now looks inevitable in 2020, would lead to “years of teething problems ahead” during negotiations.

Similar worries were shared by Brits and citizen campaign groups across the continent.

“It's a devastating morning for all of us – we know that people are shocked and angry and hurting, as we are ourselves after three and a half years of campaigning,” Kalba Meadows from British in Europe told The Local.

“Yesterday there was still a glimmer of hope that we might remain in the EU; today that's gone – it's a true Friday the 13th. So today is a day to mourn and take stock.”

But Meadows and others who have been sticking up for the rights of Britons in Europe have stressed there is at something positive to take from Boris Johnson's win. Much of the uncertainty that has blighted the lives of many and impacted the health of some should soon come to an end, with the Conservative majority in the UK meaning a Brexit deal is far likelier to pass. “There is some not so bad news too – our future rights will now be protected by the Withdrawal Agreement, and we no longer have the spectre of a no-deal Brexit that has kept us up at night for so long,” she said.

“It's not perfect – we lose our voting rights and our right to free movement for example – but it's lifetime protection of the majority of the rights we have now, and it'll stand even if the government doesn't reach a trade deal with the EU. And of course there will be no change for us until the end of the transition period.”

For many it was time for Brits in the EU to face the music.

“There is no other way out than Brexit happening on January 31st,” Germany-based British political commentator Jon Worth told The Local on Friday morning. “Nothing can stop this now.”

The hope of Brexit not happening “that stayed alive to a certain extent for the last three and a half years since the referendum is now definitively extinguished,” Worth said.

That transition period is due to end in December 2020 – just 12 months from now – although it may well be extended despite Boris Johnson having vowed not to.

Swedish Prime Minister Stefan Löfven said that the result, and particularly the huge losses for centre-left Labour, were “sad for me as a Social Democrat”. Löfven's own party achieved their worst result in over 100 years in Sweden's election last September.

Löfven said that the UK result was “very clear” and seemed prepared for a speedy Brexit.

“We have a short time ahead of us, Boris Johnson has been very clear that he did not want to prolong this. Then we have eleven months for us to work out an agreement on the future of the relationship. We're short on time but we must do our best,” he said. “It is very sad that the UK is leaving but we must respect it and now we need to make the best of it.”

Some UK citizens in Sweden were grateful that they could now at least start planning for the future rather than continuing to live in limbo.

“My partner is Swedish, living in Scotland (…) The amount of Stress and uncertainty we've had to endure for three and a half years already has taken its toll. After the EU referendum in 2016 I took the opportunity to retrain to make myself as employable as possible is Sweden. It's time for (my partner) to return home and I'll be going with her,” The Local reader John Corbett said.

“I’m a Brit and voted ‘Remain’ in the Brexit vote. But! I respect the result and now just want to move forward – this limbo was killing us!” Jill Perström-Wight said.