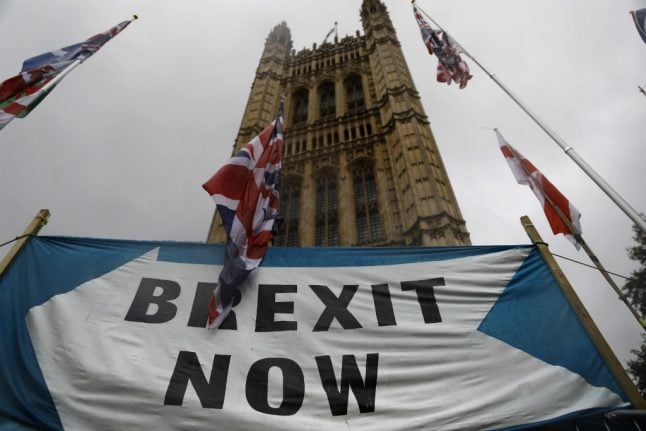 In the name of greater democracy our future has been decided without us. Once again.

I speak of the 1.2 million (at least) British citizens living in the other countries of the European Union. We were almost completely forgotten, and denied a vote, in the Brexit referendum in 2016.

We were entirely forgotten and many of us were denied a vote in the disgraceful and dispiriting general election campaign which has just ended.

Nothing now can stop Brexit. We will become foreign on February 1st, or more completely foreign, in countries that many of us have come to regard as or home.

There was an angry reaction in parts of the UK media last week – and glee in other parts – to one of Boris Johnson’s most crassly xenophobic remarks of the campaign. “For too long”, he told Sky News, people from other parts of the EU have been “able to treat the UK as though it’s basically part of their own country”.

Johnson ignored the huge contributions made by the 3,000,000 or so EU-27 nationals in the UK. He implied, deliberately and mendaciously, that most EU residents in Britain were milking the system.

He made no reference to the fact that  1.2 million UK citizens (at least) have equally come to regard their EU-27 host states as “basically part of their own country”. He ignored the contribution that they – we – have made to our host countries and often also to the UK. This is just as true for the Sun-reading Brexiteer retired on the Costa del Sol as the Europhile British Erasmus student in Denmark or Germany.

READ MORE: Brits in Europe urged to look at bright side of 'devastating' election result

Johnson also ignored the fact that, under the UK withdrawal agreement that he filched with detailed changes from Theresa May, both the “3,000,000” and the “1.2million” will have a continuing right to live and work in our homes from home.

This will probably come as a surprise to those British people – not all but many – who voted Johnson to “get rid of” the Poles and Romanians and Estonians who are propping up the National Health Service.

Given his Trump-like attention to detail, it is probable that Johnson has never bothered to read this important text, largely negotiated by Mrs May’s government in March last year.

We (the 800,000 and more) are lucky in this at least.  Johnson and the hard Brexiteers had nothing to do with the “citizens’ rights” clauses of this text which will go “oven ready” through the House of Commons in the next couple of weeks.

The document, enforceable in both EU and UK law, has many gaps or limitations. It means, however, that we can continue to live in our adopted countries beyond 31 December next year – even if  Johnson’s government fails to reach a long-term trade deal with the EU and even if Britain “crashes out” with no deal on 1 January 2021.

This, for the 1.2 million, is one of the silver-linings in yesterday’s election result. It happened too late for the extremist Brexiteers to impose the most extremist possible Brexit.

The pressure group British in Europe describes the withdrawal agreement as a “mixture of good news, bad news and unfinished business.”

The good news is, briefly, as follows:

The bad news is:

On the whole, however, there is no legal reason why legal UK residents in the EU-27 should think they have to leave their homes. Life may be more complicated for the Brits in Spain, France or elsewhere (numbers unknown) who have always avoided contact with local officialdom.

There may be another silver lining in the sheer scale of Johnson’s election victory.

It will free his hands to negotiate a sensible, final trade deal with the EU in the next few months. He no longer has to please the hardest of the hard Brexiteers. He can, if he wishes, break a campaign promise and extend the negotiations and the transition period for another year, or more, after the end of next year.

Since agreement on final trade deal will take many, many months, an extension of this kind is now likely. That is good news for UK businesses, big and small, based in the EU-27 which trade with Britain.

For the rest of us – thanks to Mrs May’s withdrawal agreement – it will make little practical difference whether the transition agreement is extended or not.

Any other silver linings?

None that I can think of. It is my belief that Britain is now committed to the most serious blunder that the country has ever made.

The study, conducted by academics at Lancaster and Birmingham universities, provides a snapshot of how Brits in the EU live – their age, family, work and education – and how they feel about the UK in the six years since the Brexit vote.

Unsurprisingly, it revealed that Brexit has had a major practical impact on the lives of Brits living in the EU – who are now subject to third-country rules and require residency cards or visas and face restrictions on voting and onward movement within the EU.

But the survey’s 1,328 respondents were also asked about their emotions towards the country of their birth.

Eighty percent of respondents said it had changed their feelings towards the UK.

A British woman living in Norway said she felt: “Deep, deep shame. Embarrassed to be British, ashamed that I didn’t try hard enough, or appreciate my EU citizenship.”

“Since Brexit I am disappointed in the UK. I am worried, and no longer feel like I have the same affinity for the country. It’s a shame because I love ‘home’ but the country feels so polarised,” added a British woman in her 30s living in Denmark.

An Austrian resident with dual British-Irish nationality said: “I feel disconnected, like it’s a completely different country from how I left it.

“So much so I feel more connected with my second nationality (Irish) despite the fact I never grew up in Ireland. It’s embarrassing what’s happened in the UK and what continues to happen. It’s like watching a house on fire from afar.”

A British woman in her 50s living in Spain said: “It was shambolic. Too late, too little, mixed messaging, lack of seriousness. So many deaths after what should have been a head start.”

A British man living in Greece described it simply as “a shit show”.

In addition to the Brexit effect, the survey also provided interesting and detailed data on the lives and profiles of Brits who live in the EU;

Almost all respondents said that Brexit had impacted their lives, with the loss of freedom of movement being the most common effect mentioned.

One man said: “My original plan (pre-2016) was to move to France on retirement, due in 2026. Brexit caused me to move sooner, in order to retain my European citizenship rights. The pandemic helped (indirectly) in that I got locked down in France in 2020, which enabled me to earn residence under the pre-Brexit rules. I had been talking to my employer about doing something similar before the pandemic broke.”

“I moved to France in 2020 in order to protect my right to live and work in France post-Brexit. My migration is 100 percent a result of Brexit,” said one American-British dual national.

Other respondents talked about the post-Brexit admin necessary to gain residency status in their country, financial losses due to the weakening of the pound against the euro and the loss on onward freedom of movement – meaning that Brits resident in one EU country no longer have the right to move to another.

The report also highlighted that only 60 percent of respondents had changed their legal status by security residency since Brexit.

For some Brits in the EU this is not necessary if they already have citizenship of their country of residence (or another EU country such as Ireland) but the report’s author highlighted that: “It may also offer an early indicator that within this population there are some who may find themselves without legal residence status, with consequences in the future for their right to residence, and access to healthcare, welfare and work (among other services).”

In total 42 percent of respondents were completely disenfranchised – the 15-year rule means they can no longer vote in the UK, while the loss of EU citizenship means that they cannot vote in European or local elections in their country of residence.

The British government has recently announced the ending of the 15-year rule, giving voting rights to all UK nationals, no matter how long they live outside the UK.