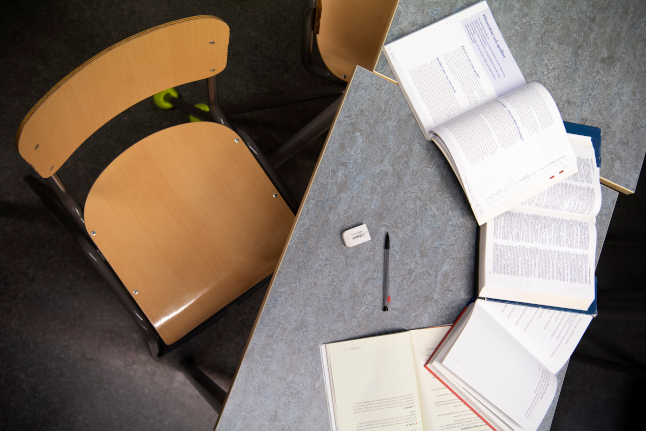 The Migration Committee consists of representatives of all eight parties in the Swedish parliament, as well as eight experts and three secretaries. Their job is to present a report by August 15th, outlining what Sweden's future migration policy could potentially look like.

Ahead of Monday's meeting, the committee secretariat in preparatory notes presented several proposals for the members of parliament on the committee to discuss at their third meeting in a series of meetings.

One of them is to make temporary residence permits, rather than permanent, be the default for asylum seekers or other people in need of protection.

According to the proposal to be discussed by the politicians, a person in need of asylum should receive a temporary permit of up to three years – followed by, if needed, another temporary permit.

Sweden's current temporary asylum laws make temporary residence permits the default option, but when those laws expire in 2021 the country will return to permanent residence permits (also commonly referred to as PUT in Sweden, short for permanent uppehållstillstånd) unless the laws are changed.

So if it's not the default option, how would an applicant qualify for permanent residency?

Language tests could be one possibility.

“The introduction of for example language requirements and requirements for self-sufficiency in order to be granted a permanent residence permit would be a new feature in Swedish migration legislation, but the possibility to do so exists when permanent residence permits at the point of the first decision are no longer the main rule,” states the Migration Committee's secretariat in its preparatory notes for Monday's meeting.

The notes, quoted by the TT news agency, further mention that Sweden's neighbours Norway and Denmark have requirements in place, such as language ability, civics knowledge and the ability to support yourself.

Among other examples, they cite a mandatory integration course in Germany, which often includes 600 language lessons and 100 civics lessons. In the Netherlands, a permanent residency applicant is asked to sign a declaration vowing to take part in Dutch society and respect certain norms.

In a separate inquiry, the Swedish centre-left government is currently investigating whether or not to introduce language and civics tests for Swedish citizenship, which The Local wrote about in this article.

But the preparatory notes for the Migration Committee state that this does not mean the Committee cannot also look into language requirements for permanent residence permits.

The decision to form a committee on migration policy was agreed in the so-called January Agreement, a cross-bloc collaboration between the Social Democrat-Green coalition government and two of Sweden's opposition parties – the Liberals and the Centre Party.

The committee is made up of representatives of all eight parties in the Swedish parliament, from left to right, to ensure that any report it presents in August next year will have broad consensus in parliament.

However, the discussions are still at a very early stage and will touch on many parts of Swedish migration legislation. After the committee presents a report, it will be up to the government to put it into a legislative bill, which will have to go through Sweden's political process and eventually voted on by parliament.