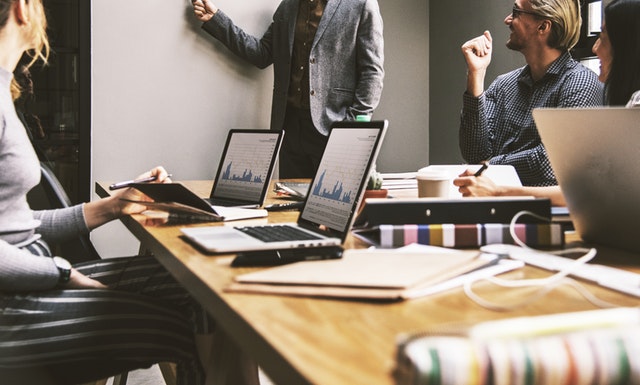 Although work permit extension rejections have declined, progress on a promised talent visa has been slow. Photo: Maskot/Folio/imagebank.sweden.se

In 2019, 586 people had their requests to extend their Swedish work permits rejected. That's the lowest figure over at least the past seven years, according to figures shared with The Local by the Swedish Migration Agency.

The same figures showed a small drop from the previous year, when the figure was 664, and a marked decline from 2017, when 1,878 work permit extensions were rejected.

A range of reasons were behind the rejections – which can often mean that the worker in question is forced to leave Sweden.

In order to receive a work permit in Sweden, certain criteria must be met, one of the most crucial being that the employer must offer the worker a salary, vacation and benefits, and insurance in line with either collective bargaining agreements or the industry standard. These permits must be renewed after three years as well as in some other situations, such as if the worker changes their job or industry.

In 59 of the permit extension rejections last year, the reason given was a lower salary offered than standard for the industry. That was down from 287 such cases the previous year and 868 in 2017.

The figures don't include people who appealed the Migration Agency's decision. In 46 cases the agency said there was no employer mentioned on the application, a figure roughly in line with previous years.

One of the biggest reasons for the decline in rejections could be a landmark court ruling from December 2017. The Swedish Migration Court of Appeal ruling in the case of a pizza baker in Jokkmokk, which The Local reported at the time, set a precedent for a principle of so-called helhetsbedömning or 'overall assessment', which meant that a small error should no longer be enough to derail an otherwise good application.

Before that, minor discrepancies in insurance policies had been behind the deportation of dozens and potentially hundreds of workers whose applications were otherwise in line with the rules.

When The Local approached the Migration Agency to ask what was behind the decline in rejections, a press spokesperson pointed to the 2017 court ruling.

“The main cause is that practice has changed after judgments in 2017 in work permit cases. The practice is that we now do overall assessments in cases, compared with earlier,” the press officer said.

But campaigners are critical of the fact that since this judgment, work appears to have slowed down on changing the laws that govern work permits and work migration.

“We have also noticed through our survey and network that the deportations, specifically at the Migrationsverket-level have decreased, which is an outstanding achievement which we have been working so hard for. Unfortunately, for those previously denied and caught in the appeal process, these people are ultimately still left behind,” said Matt Kriteman, COO of the Diversify Foundation, which has campaigned on the issue of worker deportations.

When asked where work still needed to be done, Kriteman said: “There are still several key areas, but specifically permanent residency, which has been touched on by some Supreme Court Rulings, but remains a large unknown for kompetensutvisning survivors, serious employers who want to keep their talent, and I would be willing to bet also for Migrationsverket.”

“The best thing Sweden can do to make the process smoother for not only foreign talent, but serious employers and even public servants is clearly define what it means to 'do it right' when it comes to being a foreign worker or serious employer. Diversity and inclusion are part of Swedish values, and some leadership on its positive effects are very much needed,” added Kriteman, who is behind an award set to be handed out in April to celebrate success stories of Swedish employers, nominated by foreign talent facing deportation.

The January Agreement, a four-party government deal agreed at the start of last year, included the goal “the problem of deportation of skilled labour must be solved”, and suggested the introduction of a new 'talent visa', which was set to be launched in 2021.

But since then, little progress has been reported.

In answer to a parliamentary question on worker deportations in October, Minister Morgan Johansson said that Migration Agency statistics showed that trends were “going in the right direction”, with the proportion of permit extensions granted over 95 percent among professions where higher education was required.

“The government intends to appoint an inquiry with the task of reviewing the regulations on labour immigration, including working on solving the problem of so-called talent deportations. The directives for the investigation are currently being discussed with the parties in the January detail. I will give an update with more details when the discussions are done,” he said at the time 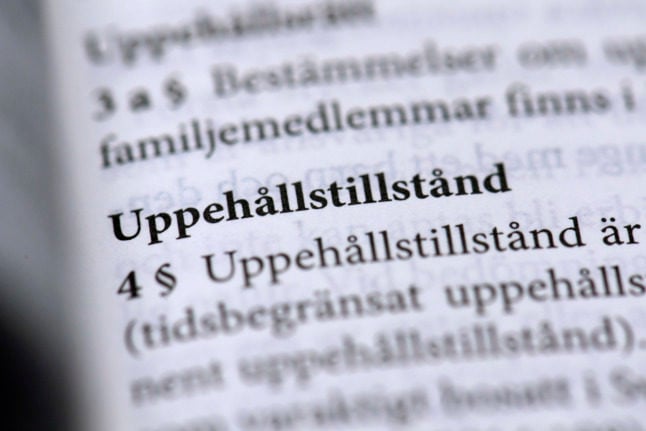 Can I keep working in Sweden?

Can I leave Sweden?

Technically you can, but it might not be a good idea. This is due to the fact that if you leave Sweden after your residence permit has expired, it can be difficult to enter Sweden again before your new permit is granted, even if you can prove that you’ve applied for a new one.

In the worst-case scenario, you could be denied entry to Sweden at the border and forced to wait in another country until your new residence permit is granted.

The Migration Agency writes on its website that you should only leave Sweden while your application is being processed “in exceptional cases, and if you really have to”.

It lists some examples of exceptional cases as “sudden illness, death in the family or important work-related assignments”, adding that you may need to provide proof of your reason for travelling to the embassy when you apply for a national visa to re-enter Sweden.

What if I come from a visa-free country?

If you come from a visa-free country, you are able to re-enter Sweden without needing a visa, but you may run into issues anyway, as visa-free non-EU citizens entering Schengen are only allowed to stay in the bloc for 90 days in every 180 before a visa is required.

If you are a member of this group and you stay in Schengen for longer than 90 days without a visa, you could be labelled an “overstayer”, which can cause issues entering other countries, as well as applying for a visa or residence permit in the future.

The Migration Agency told The Local that “a visa-free person waiting for a decision in their extension application can leave Sweden and return, as long as they have visa-free days left to use”.

“However, an extension application usually requires the individual to be located in Sweden,” the Agency wrote. “Travelling abroad can, in some cases, have an effect on the decision whether to extend a residence permit or not, in a way which is negative for the applicant, but this decision is made on an individual case basis (it’s not possible to say a general rule).”

“The right to travel into the Schengen area for short visits is not affected, as long as the person still has visa-free days left.”

The Local has contacted the Migration Agency to clarify whether days spent in Sweden count towards the 90-day limit, and will update this article accordingly once we receive a response.

Does this apply to me if I have a permanent residence permit?

No. This only applies to people in Sweden holding temporary residence permits. If you have a permanent residence permit and your residence permit card (uppehållstillståndskort or UT-kort) expires, you just need to book an appointment at the Migration Agency to have your picture and fingerprints taken for a new card.

How long is the processing time for residence permit renewals?

It varies. For people renewing a residence permit to live with someone in Sweden, for example, the Migration Agency states that 75 percent of recent cases received an answer within eight months.

For work permit extensions, it varies. In some branches, 75 percent of applicants received a response after 17 months, others only had to wait five.

This means that some people waiting to extend their residence permits could be discouraged from leaving Sweden for almost a year and a half, unless they are facing “exceptional circumstances”.

You can see how long it is likely to take in your case here.