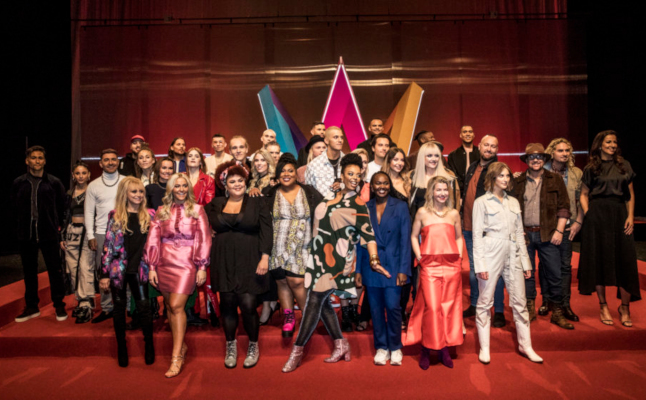 Melodifestivalen, or 'Mello' as it is sometimes referred to, is a competition that SVT, Sweden's public TV broadcaster, organizes. The aim is to find the best song to represent Sweden in the Eurovision Song Contest.

The show is a big hit in Sweden, regularly top of the TV viewing figures and dominating the local music charts.

Where can I watch Melodifestivalen?

Melodifestivalen is broadcast on SVT 1, starting each Saturday night at 7pm Stockholm time. Each of the heats is a ninety-minute broadcast. The final heat on February 29th has been extended 15 minutes for celebrations to launch the Melodifestivalen Hall Of Fame in that show.

The final broadcast for 2020 is a two hour spectacle and will take place on Saturday March 7th.

The show will also be streamed via SVT Play and will not be geoblocked.

Can I watch the show live?

Absolutely! The competition tours Sweden each week and will take place in the following cities.

Tickets are available for each live show, as well as two rehearsals beforehand. The rehearsals run the same as the main show, except that the voting results are randomly generated. The first rehearsal takes place on Friday evening and the second rehearsal aimed at a family audience is on a Saturday afternoon.

All tickets sales are handled by LiveNation.

How does the competition work?

In Melodifestivalen 2020 there are 28 artists competing to win. Each of those artists are divided into the first four shows, meaning seven acts are competing each week to advance to the final.

The top two songs each week will qualify directly to the Grand Final, while the songs that finish 3rd and 4th will compete in a 'Second Chance' round taking place in Eskilstuna on February 29th.

The eight songs in Eskilstuna will compete against another in four head-to-head duels, with the winners advancing to a Melodifestivalen Final.

The final show will likely be a sell out of nearly 30,000 people in Friends Arena, Stockholm. There the 12 songs will be whittled down to one, who will have the grand prize of representing Sweden in the Eurovision Song Contest 2020, which this year will take place in Rotterdam, The Netherlands.

How can I vote in Melodifestivalen?

There are two methods that people can vote in Melodifestivalen. The first is through a televote, where phone numbers will be displayed on screen and you can dial or SMS the number to cast a vote. There are two numbers available, one at just below four kronor and another just below ten kronor. The higher rate number donates most of the money to Radiohjälpen, Sweden's public service charity fundraising initiative.

However most viewers use the Melodifestivalen App. It's free to download on Apple or Android. As well as providing information on the acts, and ways to tip the competition to win tickets, the main function of the App is to vote on the competition. The App provides up to five votes for free for each song during the show broadcast.

How does the Melodifestivalen voting work?

When you sign into the Melodifestivalen app you have to give your age. Your age then puts you into one of seven different voting groups. The youngest group is for 3 to 9 year olds, and the oldest is for over 75s. The total votes for each of these groups are aggregated, with the most popular song receiveing the highest score, 12 points, from that voting group. On the night only the qualifiers are revealed, with SVT revealing the splits by different groups only revealed days after the competition is over.

The final one-eighth of scoring comes from the televote. App votes are not only free but also have a bigger weight on the final outcome.

The final of Melodifestivalen has a slight change to this format, in that half of the score is also decided by international juries in addition to the public vote.

Who to look out for?

This year's edition features three former Melodifestivalen winners: Robin Bengtsson (2017), Anna Bergendahl (2010) and Nanne Grönwall (1996). However the pre-contest favourites are between two more recent contestants.
Felix Sandman was 2nd in 2018 with the ballad Every Single Day, and ends the show in Saturday's first heat. The former member of boyband FO&O and Netflix actor now has over 500,000 Instagram followers to his name. His 2020 Melodifestivalen entry Boys With Emotion is expected to be on the edgy side of pop.
Also hotly anticipated is Hanna Ferm, back after her Melodifestivalen debut last year with Hold You, a romantic duet with Swedish Idol winner Liamoo. An Idol alumna herself, Hanna will have to wait to perform Brave to a Swedish audience, she competes last in Melodifestivalen's final heat.

Ben Robertson will be covering Melodifestivalen 2020 for both The Local and ESC Insight.