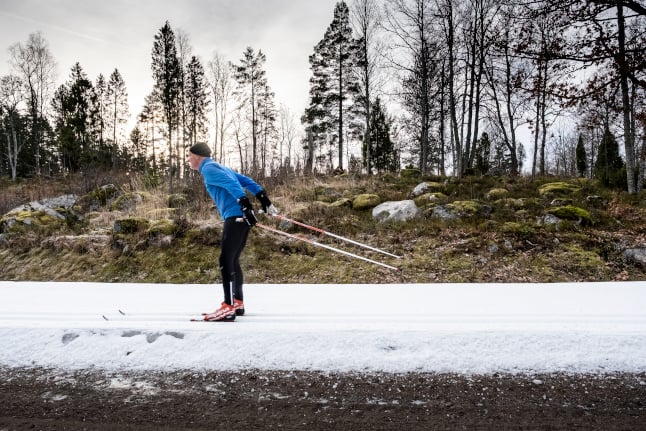 Up to 20 centimetres of snow is expected to fall in parts of the Västernorrland region on Wednesday, Sweden's national weather agency SMHI said early in the morning.

A class-one warning (the least serious kind on a scale from one to three) for heavy snow in the Dalarna region was removed overnight, but kept in place for Västernorrland and Gävleborg.

Between five and ten centimetres of snow is expected to fall in Gävleborg, a coastal region just north of Uppsala, while up to 20 centimetres is forecast for Västernorrland in northern Sweden.

Temperatures below freezing means that the snow will stick, for now, which is good news for skiers who have been struggling to hit the slopes during what has been an unusually warm Swedish winter.

But anyone in southern Sweden who is hoping for a cold spell will have to hope in vain.

On Tuesday morning, Sweden's snow cover stretched from northern Dalarna and further north, while more than a third of the country was completely snow-free. You can find SMHI's map of the snow here.

And according to Sweden's official meteorological definition of winter – when average daily temperatures stay below freezing for five consecutive days – it has yet to arrive to southern parts of the country, including places such as Gothenburg, Kalmar, Gotland and the entire Skåne region.

In fact, again according to the official definition, if temperatures do not drop by February 15th, southern Sweden will go straight from autumn to spring without ever having a winter this year.