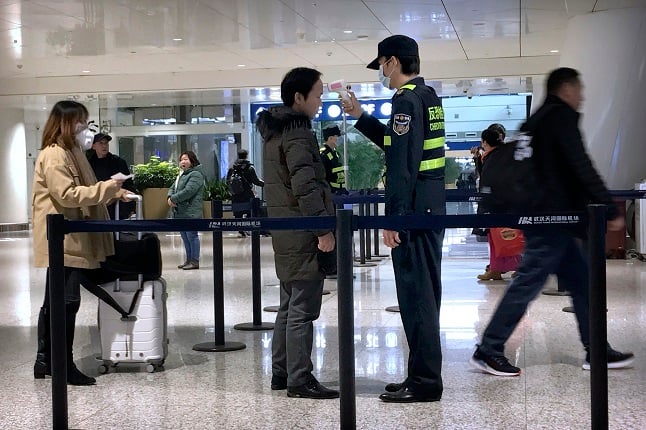 A total of 254 people arrived in France on Sunday on the evacuation flight from the Chinese city of Wuhan, where the potentially deadly virus was first detected in December.

The 11 Swedish nationals on board were then flown on a private jet to Arlanda Airport where they landed at around 9pm.

A total of 36 other people on board the flight showed virus symptoms and were kept on the tarmac at Istres airport in the south of France to undergo further testing, French Health Minister Agnes Buzyn said.

“We don't yet know what this group has,” Anders Tegnell, epidemiologist at Sweden's Public Health Agency (Folkhälsomyndigheten), told Swedish news agency TT, adding that it coincides with normal flu season.

“If you put a few hundred people on an aircraft this time of the year and then ask when they arrive if anyone has a cough or a slight cold, the odds are low that you will find a few.”

Some of the returnees were to be quarantined for 14 days in France. None of the Swedes showed any signs of carrying the virus on arrival and were all transported to their home towns in Sweden.

They have been instructed to stay at home, minimize their social contact with other people, and stay in touch with health services for the next 14 days – the maximum incubation time for the coronavirus.

But none of the measures are mandatory.

The Swedish government decided on Saturday to classify the corona virus as a disease that potentially endangers the public, which gives doctors a stronger mandate to make decisions about extraordinary measures if needed.

However, Swedish health authorities still believe the risk of contracting the coronavirus in Sweden remains very low, even after the first case of the virus was reported in the town of Jönköping last week.