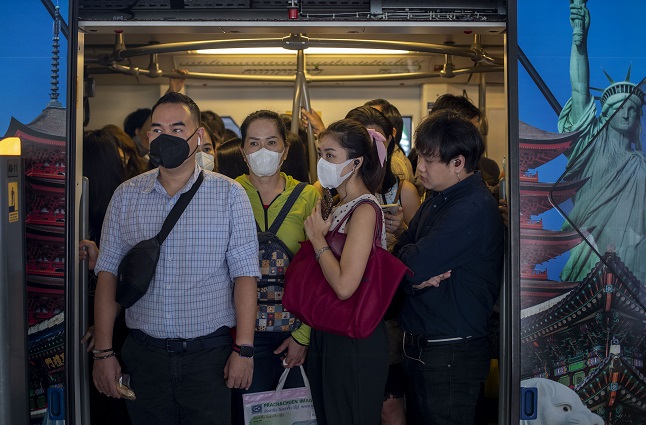 Which industries could be affected?

The car and electronics industry are considered the most likely Swedish industries to be affected by the spread of coronavirus, according to some experts.

“The problem I see ahead of me is that some time-critical goods won't arrive because flights aren't running,” Johan Woxenius, a professor of industrial and financial economics at Gothenburg University, told TT.

“What we could be affected by short term is if our production systems have individual electronic components that are flown here and which we're dependent on to build cars or machines.”

He noted that Wuhan, the city hardest hit by the virus, has more inhabitants than all of Sweden and a large automobile industry. The electronics industry could also be affected by delays in the production line, and China was the country of origin of more than five percent of all Swedish goods imports in 2018.

But it is difficult to judge the severity of the situation due to the uncertainty surrounding coronavirus.

“Will it spread across the world? Will it start to die down? It's a bit of a wait-and-see situation now,” said Patrik Tingvall, head economist at the National Board of Trade, the Swedish government agency for international trade.

And what about the travel industry?

The start of the year is a popular time for Swedish residents to travel to countries in southeast Asia and especially Thailand. Sweden's Foreign Ministry advises against unnecessary travel to the Hubei province of China, but not to neighbouring countries.

This means that most travel companies are not offering refunds on booked trips to Thailand. But ticket sales still appear to have been affected; travel agency Ticket reported that one in five Swedes who had booked a trip to Thailand through the site in January cancelled it, compared to one in ten during the same period last year. And bookings for trips to Thailand made during the first three days of February were down by 42 percent on 2019.

The Swedish travel industry could also be hit by travel bans and cancelled flights in China. In January and February 2019, Chinese nationals made a total of 32,000 overnight stays in Sweden, 18,000 of those in Stockholm.

“Chinese tourism has become an increasingly important part of tourism in Sweden. We believe that the number of overnight stays from China will be significantly lower in January and February this year,” said Stefan Westerberg, senior economist at the Stockholm Chamber of Commerce.

Is there a risk of the virus spreading in Sweden?

The Public Health Agency deems this risk to be very low.

So far, only one person has tested positive for the virus, and she is reported to have minimized her social contact which means a low risk of infecting others.

The 11 Swedes who have been flown home from virus-hit Wuhan have also been encouraged to stay at home and minimize social contact for at least 14 days in order to keep the risk of an outbreak in Sweden low.