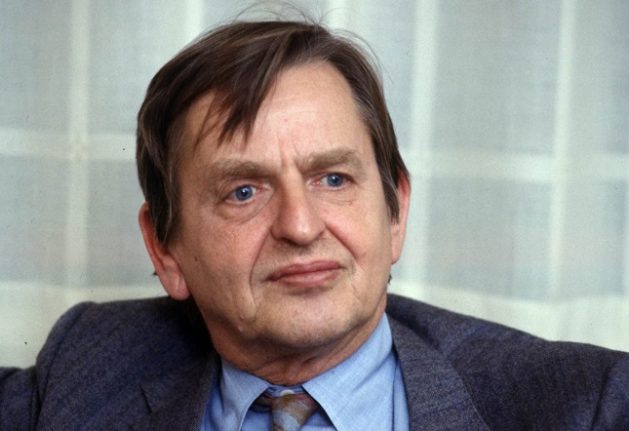 Why are we talking about this now?

The long-running investigation into the murder of Swedish Prime Minister Olof Palme may reach a conclusion as soon as this summer, the chief prosecutor on the case told public broadcaster SVT.

“I am optimistic about being able to present what happened with the murder and who is responsible for it,” prosecutor Krister Petersson said on the programme Veckans Brott, but did not say whether he believed he would bring charges against the suspect.

This could mean that Petersson believes the person responsible has since died, or it may be that the investigation will be closed.

And another reason that the case is back in the news is because, well, it's never really been out of it. New theories, potential suspects and comment on the investigation have been in the tabloids regularly for decades now. The fact that the anniversary of the murder is approaching at the end of the month is another factor.

What do I need to know about the Palme murder?

Olof Palme was killed on February 28th, 1986, after leaving a cinema in Stockholm and was walking home with his wife Lisbet. Palme tried to live a normal life in many ways, which included often going out without bodyguards, and on the night in question he had dismissed his bodyguards for the evening before making the cinema plans with his wife and son.

After saying goodnight to their son and his partner, the couple began their journey home. An attacker approached them and shot Palme from behind, as well as grazing Lisbet with a second bullet. Although passersby tried to revive the 59-year-old leader, it was later found that he had died almost immediately.

The shocking nature of the murder has been described as a turning point in the national psyche, marking the first murder of a politician in Sweden.

What else should I know about Olof Palme?

Palme led the Social Democrat Party and had two stints as prime minister. He was best known as an excellent speaker, and an impromptu speech he gave on holiday in Gotland laid the foundations for Almedalen Week, today the country's major political festival. His debating style was viewed by some as aggressive or arrogant, and his outspoken nature caused disagreements with many, including due to his criticism of the US over the Vietnam War.

In Sweden, he introduced many of the policies that are today synonymous with the country's welfare state, overseeing the introduction of paid parental leave, universal daycare, and the right to free abortion.

Palme was survived by his wife, Lisbet, who died in 2018, and their three children. What's happened in the investigation since his murder?

Huge efforts have been made to track down the killer. More than 10,000 people have been interviewed and over 130 have claimed responsibility for the murder.

Police were criticized for their actions in the early stages of the investigation, including failing to cordon off the scene promptly, which could have meant potential forensic evidence was destroyed. The bullets were found by a member of the public, and the gun used in the murder was never found.

Prosecutor Krister Petersson has been leading the so-called Palme Group since 2017, which today consists of him and four police officers.

A man named Christer Pettersson, who had a previous conviction for manslaughter, was in 1988 convicted of the murder after Lisbet Palme identified him in a lineup. But he was later acquitted by a court of appeal, and died in 2004.

How are people reacting to the new statements?

He added: “If the Chief Prosecutor is now close to a solution, Sweden might be able to put the murder behind it. Most would be pleased about that. If there are no big questions left to answer, the murder will be put to rest among other historical events. [But] The answer may include things that raise more questions.”

However, professor Kjell Östberg noted: “If it is found that it has been possible to solve the murder after almost 35 years but has not been done before, I think many will ask why it has taken so long.” Mourners and members of the public at the scene of the murder. Photo: Lasse Hedberg/TT/Scanpix

And what will happen next?

Sweden removed the statute of limitations for murder cases back in 2010, partly so that the Palme investigation could continue.

But if the chief prosecutor's comments were accurate, the investigation will either be closed this year, or charges will be brought against the suspect if they are still alive.