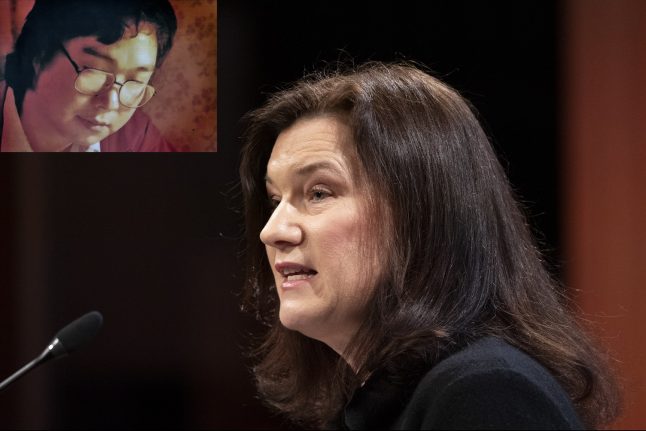 “We have always been clear that we demand that Gui Minhai is released in order to reunite with his daughter and family. That demand remains,” Swedish Foreign Minister Ann Linde said in a statement.

Gui, one of five Hong Kong-based booksellers who fell foul of the authorities for selling critical works on top Chinese leaders, was snatched while on a train to Beijing in February 2018, the second time he disappeared into Chinese custody.

A court in the eastern city of Ningbo said Gui was convicted on Monday on charges of illegally providing intelligence abroad. The court also said that he had his Chinese citizenship reinstated in 2018 but it was not immediately clear if he had given up his Swedish nationality.

Gui first vanished in 2015 while on holiday in Thailand and eventually surfaced at an undisclosed location in China, confessing to involvement in a fatal traffic accident and smuggling illegal books. Chinese ambassador to Sweden Gui Congyou. The Swedish government summoned the Chinese ambassador, earlier this year, after threats to Swedish media and their coverage of Gui Minhai. Photo: Henrik Montgomery/TT

Relations between Sweden and China have been strained for several years over Beijing's detention of Minhai, and Sweden has repeatedly called for his release.