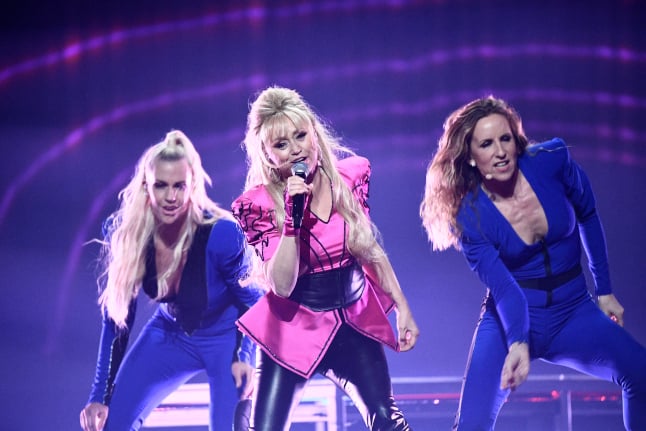 Let's go back one year to 2019. Back in the days when the United Kingdom, where I'm from, still had a National Final. The three songs that took part in that competition were released on January 23rd, put on social media and shared to the world. That was the reveal.

It succeeded in some of its mission, which was surely to get plenty of the Eurovision community to listen, share, and discuss the music.

But that was it for pre-match build-up. The show was another 17 days away. There was no sneak peek inside rehearsals, no build-up of releases over time, no rumours about staging or gimmicks.

I'm not picking on the BBC here. Most of the countries who select in a National Final format reveal to the world only a list of songs that are going to compete. The rest of the production waits to become a big surprise on show night.

Let me tell you how it all works.

A National Final on the scale of Melodifestivalen takes almost a full year of preparation. Throughout the summer songwriting camps commence in time for September's deadline, and host cities for each of the six shows are secured. However we don't hear anything about who the runners and riders are until the end of November, with each artist obliged to come to Stockholm for a big press conference and meet and greet with the journalists.

That starts conversations already about which established or up-and-coming Swedish superstar will be sent to the Eurovision Song Contest.

The show starts in February, yet one month before the smallest of announcements is made. A running order for the four heats, which is live-streamed by SVT through their dedicated Melodifestivalen app. Running order has been shown to have a huge statistical effect, and it gets conversations kick-started once more about who is bringing something special to the party.

We then approach the week of the first heat, and a regular cycle starts that continues as the contest tours the country. This year that cycle of drip-feeding information begins earlier this year, now on the Monday of each week, when we hear the names of all the people involved with each song production, followed by song lyrics on the Tuesday.

There's information to be gleamed from these releases. Will somebody be alone on stage or be surrounded by other singers and dancers or does the song follow a verse-chorus format or something more alternative? There's usually stories too for the mainstream media to pick up on for example in Nanne Grönwall's lyrics about James Corden started the slow burn of media attention on heat number four.

Wednesday is when speculation really gets under way. At 6pm the press get the chance to listen to the songs in a closed hotel conference room. I've written more about that experience in a separate piece, but for now just note that those words and reaction kick start a whole level of what ifs and generates a huge buzz about those songs and their chances.

Thursday sees that power then go to the people, as firstly short audio clips and rehearsal snippets are released to the public. These clips say so much but so little. So much is judged on just 30 seconds of a first rehearsal, where technical fine-tuning is more important than being charismatic.

Friday's evening rehearsal is a huge test, as a paying audience come in to see the songs for the first time. Thanks to the work of press members of Melodifestivalklubben, Sweden's semi-official Eurovision Fan Club, we have an audience poll that evening.

It's only then that we get to Saturday, and get the show and two of these seven songs book a place in Andra Chansen, the final-before-the-final for the runners-up in all the heats.

This journey from Monday to Saturday, with this drip-feeding of information, has one simple purpose when I asked SVT. “Promotion.” They know that gossip about Melodifestivalen is so newsworthy that each of these little pockets of information makes headlines not just on #melfest Twitter feeds but also in the realms of professional journalism.

It creates what I call the Spectulation Storyline. Melodifestivalen is constantly full of headlines for wide varieties of potentially scandalous drama each week. The front page of Sweden's Aftonbladet this past Saturday, for example, was all about the horrible bout of flu that was spreading between artists and SVT staff within the confines of the Malmö Arena.

The drip feeding of information like this from SVT builds up a narrative that even in clean, healthy Melodifestivalen weeks there is still a story to tell.

As we now approach the final week there's a whole new level of speculation about who is ultimately going to win Melodifestivalen.

This show is so big there is so much data that can be deciphered in the quest to work out what the nation thinks. YouTube views, likes, dislikes, comments are all valid data points, as are iTunes sales and Spotify streams. And these statistics fascinate – unlike some other National Finals we have no idea which of these finalists outscored the other in qualifying, and which Andra Chansen songs are building up momentum.

I spoke briefly to Gustav Dahlander about this. Gustav is SVT's resident 'Melodifestivalen Expert' who regularly blogs about the statistics and is also responsible for revealing the mass of information to the world each day during the Melodifestivalen season.

According to him he feels this new style of Melodifestivalen buzz began with Melodifestivalen's expansion to six weeks of competition. This was the era when reality show TV had burst onto the scene, and the tabloid press were experts in making mountains out of molehills, creating drama where there was none.

In a sense Gustav's role is akin to Melodifestivalen's narrator. Each week he reveals what is going to happen in the show and, with a completely neutral tone, he explains the reactions of others around to show to what is happening at each level.

He can end up writing hundreds if not thousands of words about each song, but rather than make you want to listen less, you want to hear more. In this sense there is a similarity between Melodifestivalen and the Harry Potter series. You may have read the stories, but you still want to watch the movies.

And this is what Gustav believes is Melodifestivalen's biggest strength. The music is kept under lock and key until the live show. If you want to hear the newest hit music in Sweden first you have to tune in to SVT 1 each Saturday night for the big reveal. Croatia is the only other country with a National Final format that keeps their songs a secret until the show itself. There are arguments for allowing an earlier release of the music. For a start you allow the songs to flourish on its own merits and their release may bring more people in to actually watch your show. But SVT's approach is to give you everything but those three minutes, and all this tantalising information is designed to make the reveal on Saturday night even more exciting.

Riding the many waves of hysteria

There are many reasons Melodifestivalen is such a big event. The six-week touring circus around Sweden. The primetime viewing. The great songs, stage and staging. However one of the main reasons is that it constantly provides so much content to write about, to engage with, to scandalise and sensationalise, that if it isn't on the front page of the newspapers this week it's certainly going to be very close.

But the best story is always going to be the battle to victory. In many National Finals the songs are revealed, a favourite is decided, and it remains that way up until the live show. In Sweden each song has to ride the waves created by all these little mini-battles before the performance has even played down the camera, heightening the suspense and drama.

If you want to make your National Final a bigger event, attracting media attention and viewers, you could learn a lot from how SVT run Melodifestivalen. The Speculation Storyline that develops through the drip-feed of information by SVT makes every single week of programming one that can't be missed.