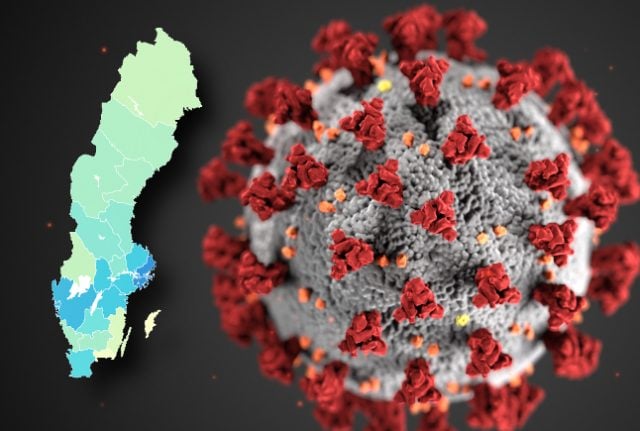 Sweden has a relatively low testing rate per capita compared to many countries, so we know that there have been many more cases than those recorded in the figures.

According to the Public Health Agency, the majority of those infected with the virus are men.

Cases of the virus have been confirmed among all age groups, with most confirmed cases in the 50-59 age group, followed closely by the 40-49 and 80-89 age groups. The most common age group among deceased patients is 80-89 years, with 1,606 deaths in that age group.

The Public Health Agency's figures show that 1,906 people have been treated in intensive care after contracting the coronavirus. This includes patients who are currently in intensive care (less than 400 as of late May), but also patients who may have passed away or recovered and been discharged from hospital. The majority of those who have received intensive care patients, 1,409, are men.

According to the Swedish Intensive Care Register, the median age of patients in intensive care is 61, and 74.1 percent of them have a known risk factor. Underlying health conditions among the people treated in intensive care include chronic heart-lung disease (25.3 percent), chronic liver-kidney disease (5.1 percent) and diabetes (24.6 percent). On average, it took 11.2 days between first getting sick and being admitted for intensive care, but the minimum time was 0 days and the maximum 71 days from the first symptoms.

Sweden's healthcare regions report cases to the register, and how fast the data gets reported depends on the regions' own procedures and computer systems, so it may not be completely up to date.

The virus is known to generally be more dangerous for elderly people and people with underlying health conditions, with Swedish authorities urging those people to limit direct social contact, and requesting that everyone avoid non-essential visits to elderly relatives, hospitals and care homes.

You can read more about the coronavirus in these paywall-free articles:

Here's a map of all the confirmed cases as of the afternoon of May 22nd. Tap your finger or hover the cursor over the map to see how many cases have been reported in your region: