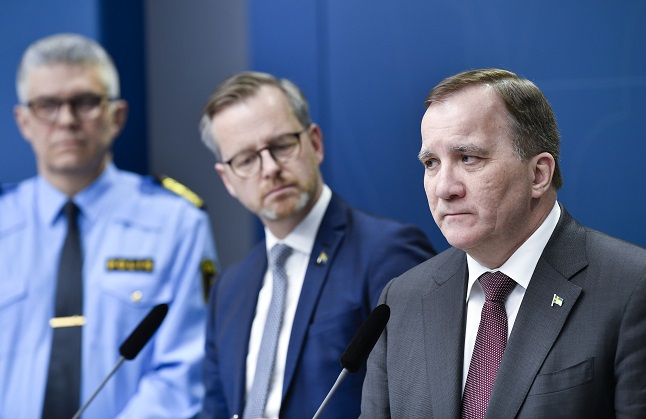 The ban comes into effect on Sunday. After that, anyone who organises an event of more than 50 people can be fined or imprisoned for up to six months, said Interior Minister Mikael Damberg.

Damberg said: “It's not a general recommendation, but a strict ban from the government.”

This applies to public events such as concerts, shows, demonstrations, and lectures.

It doesn't apply to private parties, schools, gyms, libraries or restaurants, or groups on public transport or shopping malls. However, the Public Health Agency said that the limit of 50 should be seen as a “norm” even for other parts of life.

LATEST: Keep up to date with the coronavirus situation in Sweden here

Permits previously granted to event organisers will remain valid, but organisers must limit their event to no more than 50 people even if they had originally planned for more.

National police chief Anders Thornberg said police had “great confidence” that people would comply with the new rules, and noted there had been a significant decrease in applications for event permits.

The decision was made at a government meeting earlier on Friday, based on a recommendation from the Public Health Agency.

The general director of the Swedish Public Health Agency, Johan Carlson, said that Sweden's earlier decisions regarding public gatherings have so far been effective.

The limit was previously set at 500 people, on March 11th, with organisers of smaller events — especially those involving people travelling from different areas — simply asked to carry out a risk assessment first, consider online alternatives to in-person events, and to take safety precautions.

On its website at the time, the Public Health Agency said the limit of 500 was in place because: “The measure is very intrusive for individuals and a restriction of fundamental rights. It is important not to restrict more than necessary and several factors have been taken into account in the assessment. Larger events run the risk of increasing the spread of infection as they attract participants from different parts of the country.”

But Carlson said on Friday: “It's time that we set a new norm for gatherings and meetings.”

He noted that the vast majority of events would be affected by this more restrictive limit, which brings Sweden more in line with other European countries.

The rules apply to public gatherings, but Carlson said they should also be used as a guideline even for private events.

Asked by a journalist whether people should go to, for example, a dinner with ten people, Carlson said: “It's important to do a risk evaluation. How do I get there? Who will be there? Think about the whole situation.”

The Public Health Agency has asked everyone in Sweden to avoid non-essential domestic travel, work from home if possible, practice good hygiene, and stay at home if showing cold or flu symptoms, in order to minimise the spread of the disease.

“If you don't need to travel, stay at home, it's serious now,” said Löfven, who also stated that the coronavirus continued to threaten the lives, health, and jobs of people in Sweden.

He added that the public should be prepared for further measures to be taken.