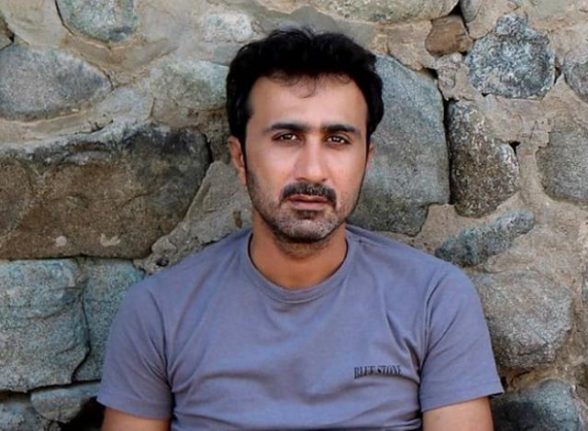 Sajid Hussain went missing on March 2nd, according to police.

Originally from Pakistan's Balochistan province, he has been living and working as a part-time lecturer in the Swedish city of Uppsala.

But he is also chief editor of the online news outlet, Balochistan Times.

According to RSF, Hussain was last seen boarding a train from Stockholm to Uppsala “with the aim of collecting the keys to his new apartment and leaving some personal effects there”.

He has not been in contact with anyone since.

“No one, including his family, has heard anything from him,” Erik Halkjaer, president of the Swedish branch of Reporters Without Borders (RSF), told AFP.

Because his articles crossed the line of what Pakistan's military deems acceptable, it could not be ruled out that the Pakistani intelligence services had been involved, said RSF.

The Balochistan Times has reported on human rights abuses as well as some of the active rebel groups in Balochistan.

There have been previous cases where exiled Pakistani journalists residing in Europe have been harassed and threatened over their reporting.

In February, blogger Ahmad Waqass Goraya was attacked and threatened outside his Rotterdam home by two men speaking Urdu.

RSF said that according to confidential information it had obtained, Pakistan's intelligence service, the ISI, keeps a list of exiled reporters.

Hussain is a well-known journalist in Balochistan and his work has largely focused on drug trafficking, forced disappearances and the Balochistan insurgency.

Hussain originally left Pakistan for Oman and then moved to Sweden in 2017, where according to police he received asylum in 2019.

A police spokesman told AFP they were actively investigating the disappearance based on several theories, but could not comment on details as the investigation was still ongoing.