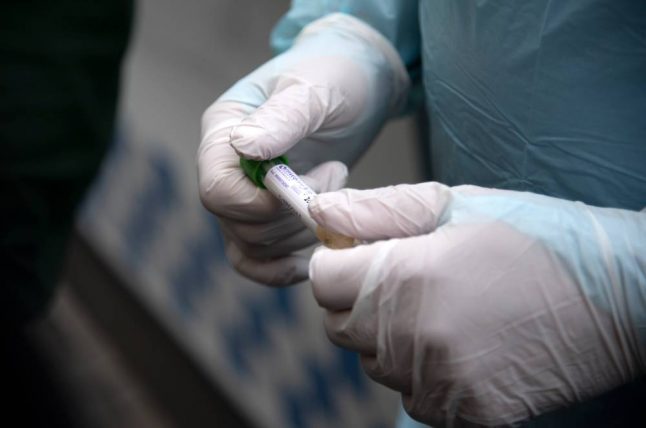 When the Public Health Agency presents the latest reported deaths in the coronavirus pandemic each day, they emphasise that there is a backlog of reporting.

TT’s review into the updated figures from the Public Health Authority show that the daily death rate has in fact been significantly higher than initial reports, due to this backlog.

The official number of deaths in Sweden related to the coronavirus was 373 at the time of writing.

The revised death figures, which have been published since TT's review, show that on March 25, 42 deaths were reported but that updated figure is 97.

On March 26, a total of 66 deaths were reported. That updated figure is now almost double, at 124 according to TT. The days after that look about the same, according to the news agency.

State epidemiologist Anders Tegnell, who is at the forefront of Sweden's fight against the coronavirus, does not believe the total revised figures will be too much higher.

“I do not think so. Now we work on it more systematically. So the backlog also becomes smaller”, he told TT.

Tegnell acknowledged that there has been a backlog in the figures and stated that it is a technical issue and not about the authorities wanting to hide something.

He added that it can be difficult to compare death rates across countries. This may be because there are different way of calculating the numbers.

In an interview with Swedish Radio, Tegnell further explained that the earlier backlog is not expected to be as great in the future.

Asked if the death total could be actually closer to 500, he said that would be “very hard to believe.”

Sweden has got broad media attention for its approach to the coronavirus outbreak. But it has rejected the idea that life is carrying on uninterrupted as the country passes 6,000 confirmed cases.

However on Saturday a bill was submitted for the government to be able to make quick decisions on how to tackle the coronavirus, without first obtaining parliament’s approval.

If approved, it would allow the government temporary power to act quickly on measures such as closing down shopping centres, imposing restrictions on transport, or restricting public groups.

Sweden has so far not ordered a lockdown, instead issuing recommendations and calling on citizens to “each take responsibility” and follow the guidelines.

On Wednesday, new binding guidelines asked everyone in the country to reduce social contact and keep at a distance from others at all time.

NOTE: This article has been updated and corrected. TT previously speculated that the coronavirus death rates in Sweden could be twice as high as current figures reported but it has since retracted this as unfounded. It is unclear what the revised total number of deaths related to the coronavirus will be.