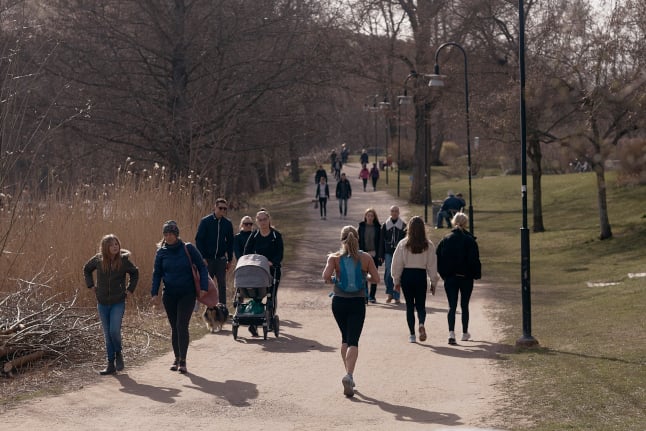 Pictures of Swedes enjoying a drink at crowded outdoor restaurants in cities have gone viral in recent weeks, showing the difference between Sweden and stricter lockdown measures in other parts of Europe.

But that does not mean that life has continued exactly as normal.

When pollsters Kantar Sifo, on behalf of Sweden's Civil Contigencies Agency, asked 1,832 people in an online survey if they had changed their behaviour in recent weeks, a whopping 98 percent said they had.

Thirty-three percent said they had been working from home more.

The study was carried out between March 21st and April 6th.

When only people who responded between April 2nd and 6th were taken into account, the number of respondents who said they had changed their behaviour increased in most areas of life.

For example, looking at the whole period, 33 percent said they had been shopping less in physical stores – but in the April 2nd-6th period that figure increased to 42 percent.

Women were significantly more likely than men to say that they had changed their behaviour, as were Stockholmers and people in the 56-79 age group.