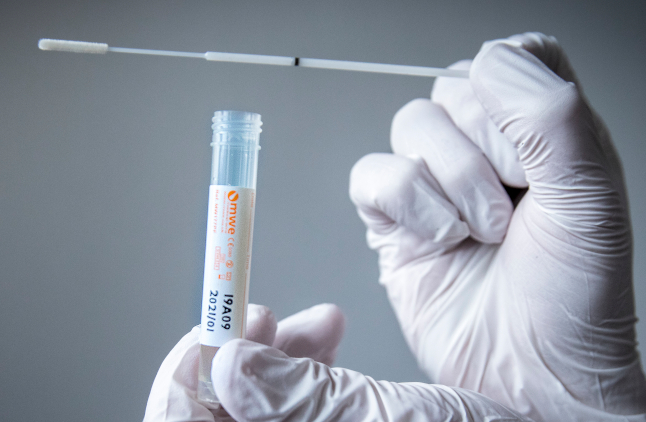 What a coronavirus test kit could look like. Photo: Ole Berg-Rusten/NTB scanpix/TT

It would be rolled out over coming weeks and primarily target those in key roles, such as police and firefighters, in addition to patients with severe symptoms and healthcare personnel who are already prioritised, to allow them to return to work faster after showing symptoms.

“We are talking about testing and analysis capacity of 50,000, perhaps as many as 100,000, a week,” Health Minister Lena Hallengren told a press conference.

So far almost 75,000 people have been tested in Sweden, Hallengren said.

The Public Health Agency said it had looked at the whole testing chain and would leverage new actors, such as employers, to collect samples via take-home kits and private sector companies to help analysis.

Sweden has not imposed the extraordinary lockdown measures seen across Europe, instead urging people to take responsibility and follow official recommendations.