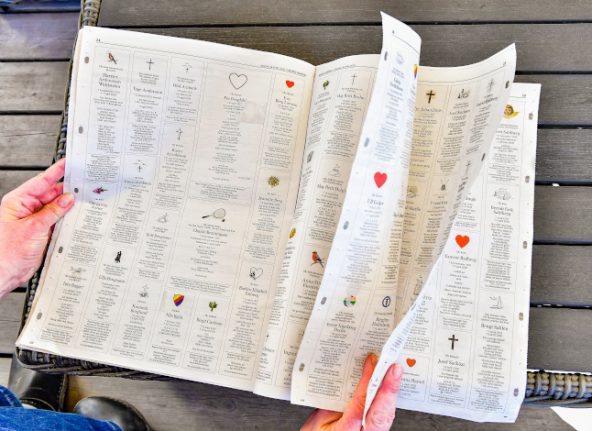 The Public Health Agency of Sweden said it had recorded 16,755 confirmed cases, and 2,021 deaths with the coronavirus.

The agency also corrected a report it published earlier this week on Stockholm, the epicentre of the Swedish epidemic.

The report, based on statistical modelling, initially said the capital region passed the peak of simultaneous infections on April 15th with 86,000 people believed to be have been infected.

But on Thursday it revised the date to April 8th, with some 70,500 believed to have been infected.

“The number of infected is still at a high level, now is not the time to ease any cautionary measures,” deputy state epidemiologist Anders Wallensten said in a statement.

The agency also said in the report that it expected 26 percent of Stockholmers to be infected with the new coronavirus by May 1st.

Sweden has not imposed the extraordinary lockdown measures seen across Europe, instead urging people to take responsibility and follow official recommendations. Gatherings of more than 50 people have been barred along with visits to nursing homes, and shops and restaurants told to make sure customers can keep their distance.

The strategy has come under scrutiny since its mortality rates leapt ahead of its Nordic neighbours, Finland, Denmark and Norway, which have all instituted more restrictive containment measures.

On Thursday, the Karolinska University Hospital confirmed that a 40-year-old nurse, who had tested positive for the coronavirus, had died.

The hospital however stressed to broadcaster SVT that while the nurse was on sick leave for symptoms relating to the coronavirus, the cause of death had not yet been confirmed.