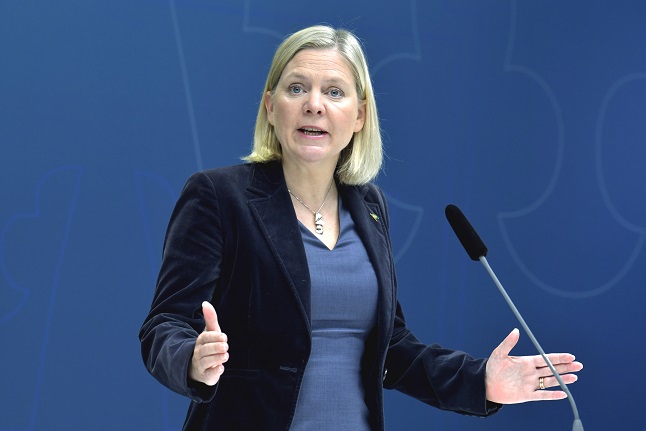 What are the new measures?

On Thursday, the centre-left government together with the Centre and Liberal parties announced new measures aimed at helping small- and medium-sized businesses and sole traders affected by the coronavirus.

The aim is to support those businesses that have either been affected by reduced demand or have had to adapt their business, for example by pivoting to offering takeaway or online products or services.

Ministry of Finance estimates suggest that around 180,000 companies may be eligible for the support. These measures are particularly aimed at small- and medium-sized businesses.

Companies must have been negatively affected by the coronavirus in order to apply, which is defined as a loss of turnover of at least 30 percent, calculated by measuring turnover for March and April 2020 with the same months in 2019. In addition, they must have had a total turnover of at least 250,000 kronor in the most recent financial year.

Companies resident in tax havens will not be eligible for the support, and the companies must have so-called F-skatt (F-tax), the tax used by sole traders.

How much can you get?

The support packages will vary from between 22.5 percent and 75 percent of the company's fixed costs, excluding salaries, for March and April 2020, up to a maximum of 150 million kronor, according to the proposal. The money will be paid out by the Swedish Tax Agency (Skatteverket).

It's not yet clear if the support will be extended and made available for as long as the pandemic and the measures in response are affecting businesses.

How can I apply?

Unfortunately we don't know that yet. The government first needs to finalise the proposal, which will include dialogue with the European Commission, and then we should get more details on exactly how the support will work and how to get it. When will we know more?

The government said it is working towards the goal of making the proposal effective on July 1st, 2020. That's the date it would come into effect, so the government should share more details before that date, but it doesn't necessarily mean the aid itself will be available from July — this is just the earliest date it could be available.

Is there any other support available?

Yes. Already 300,000 companies have taken advantage of Sweden's 'shorter hours support', which allows companies to reduce workers' hours rather than laying them off, in return for the government subsidising a large part of their salaries. And 20,000 companies have applied to defer tax payments including employer contributions, deducted tax and VAT.

If your company belongs to one of the sectors most vulnerable to the economic hardships set off by the coronavirus, such as the hotel, restaurant, and retail industry, the government has offered support that aims to help reduce your rent costs. The state has pledged to account for 50 percent of the rent reduction and up to 50 percent of the fixed rent. This support can be applied for retroactively and will cover the period April 1st until June 30th, 2020.

How does Sweden's support compare to measures in place elsewhere?

In France, the government has offered a €1,500 help package to small businesses affected by the country's lockdown, as well as a second package which ranges from €2,000 to €10,000 for businesses facing extreme difficulties due to the crisis. The requirements for getting this money are much stricter and few self-employed will actually qualify. Businesses and self employed will also be able to suspend payments on rent, gas and electricity.

In Denmark, companies who have seen their revenues decline by 40 percent or more will receive government grants to help cover between 25 to 80 percent of their fixed costs. The self-employed and firms with up to ten people who see their revenues fall more than 30 percent will also be offered government compensation worth 75 percent of their normal monthly income. These grants will be available for three months.

In Switzerland, freelancers and the self-employed will be compensated for work lost due to the spread of the virus. They will be paid 80 percent of their daily salary to a maximum of CHF196 per day.