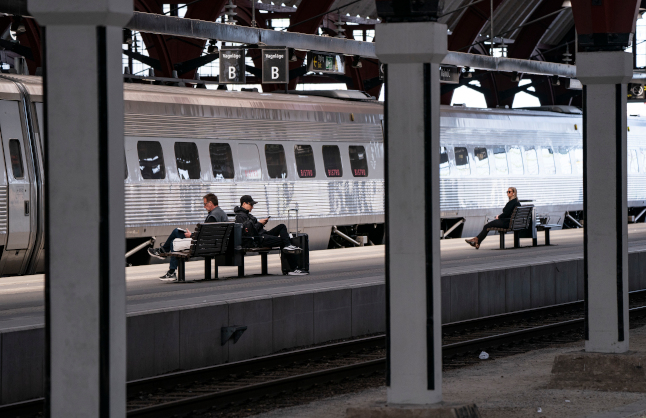 On the whole, Swedes have been travelling far less than normal during the coronavirus crisis. Photo: Johan Nilsson/TT

Daily trips increased by around 10 percent between April 20th and 26th compared to the week before, according to new data by mobile phone operator Telia. The three regions that saw the biggest increase were central regions Västmanland (25 percent), Södermanland (24 percent) and Dalarna (22 percent).

At the bottom of the table, Stockholm, Skåne, Halland, Västerbotten, Norrbotten and Västernorrland saw only a marginal increase in daily trips, according to Telia – up less than five percent on the previous week.

Jämtland was the only region where travel decreased, with two percent fewer trips made.

Comparing last week to the first week of February, travel in Sweden as a whole has decreased by -13 percent. In the country's three most populous regions, Västra Götaland saw the biggest decrease (-23 percent) followed by Stockholm (-16 percent). In Skåne travel dropped by -3 percent in the same period.

There was a sharp dip in the middle of that, when travel dropped in Sweden and its regions between the start of Februrary and the end of March, but since then the number of daily trips have been on the rise again.

“The numbers in themselves don't give us an explanation as to why Swedes are moving around more. Perhaps more are choosing to go to work or travel further to make errands or go on a day out,” said Telia data analyst head Kristofer Ågren in a statement.

The data tracks mobility patterns where people move more than 500 metres, and does not reveal reasons for travel – whether it's for leisure, grocery shopping or going to and from work. But Ågren told the TT news agency that it indicates that in Stockholm, fewer people are working from home compared to mid-March.

Swedish authorities have been stepping up communication in recent weeks, urging people to avoid non-essential travel and to work from home if possible. But the country has not imposed a lockdown, and people are also encouraged to be outside and enjoy fresh air and nature – as long as they keep their distance from others.