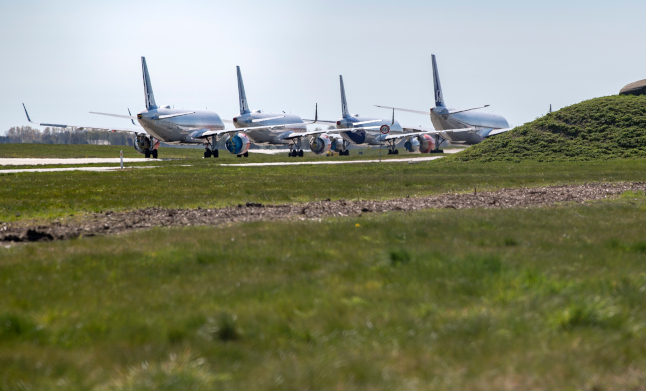 The revolving credit facility of 3.3 billion kronor ($336 million) allows SAS to tap funds to support its liquidity for three years, and is 90 percent guaranteed by the Swedish and Danish governments.

“The agreement strengthens our financial position in a difficult period when most of our fleet is grounded,” Torbjörn Wist, chief financial officer at SAS, said in a statement.

Wist said the company would now focus on reducing costs, and also seek a state guarantee from the Norwegian government to the tune of 1.7 billion Norwegian kronor ($165 million).

Like many airlines, SAS has been hit hard as the impact from the coronavirus pandemic has wiped out demand for air travel.

In mid-March, the airline furloughed 90 percent of its staff and in late April SAS announced it was laying off 5,000 staff, accounting for about 40 percent of the company's workforce.

Sweden and Denmark, SAS' two largest shareholders, announced on March 17th they would provide more than 275 million euros in credit guarantees to protect SAS from the economic impact of the crisis.