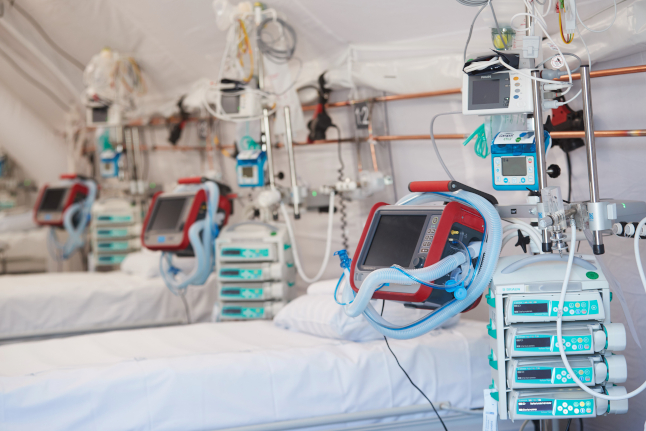 Since the start of the outbreak, a total of 2,941 people have passed away after testing positive for the coronavirus, also known as Covid-19, in Sweden, according to the Public Health Agency's figures.

“We are approaching 3,000 people, which is a horrifyingly large number,” state epidemiologist Anders Tegnell commented when speaking to reporters at Swedish health authorities' daily press briefing on Wednesday.

Younger people without underlying illnesses seem to generally be far less at risk of developing serious illness than older people, as for example these graphs from Stockholm's regional health authorities suggest.

But health officials are now looking into whether or not a young child may have died from the virus, said Tegnell. No more details about the exact age of the child were offered at Wednesday's press conference.

A total of 23,918 cases of the coronavirus have been confirmed in Sweden to date. Many of the new cases that have appeared in recent days are due to increased testing of healthcare staff, according to Tegnell.

New statistics published by Sweden's National Board of Health and Welfare on Wednesday showed that of the people above 70 who died from the coronavirus (90 percent of Sweden's victims based on doctors' reports of causes of death), around half lived in some form of special housing for elderly people.

Protecting the elderly, the group most vulnerable to serious illness from the coronavirus, has been a key part of Sweden's strategy from the start. Researchers and infectious disease experts are now racing to work out where the approach went wrong in order to reduce the spread of infection in care homes and save lives.