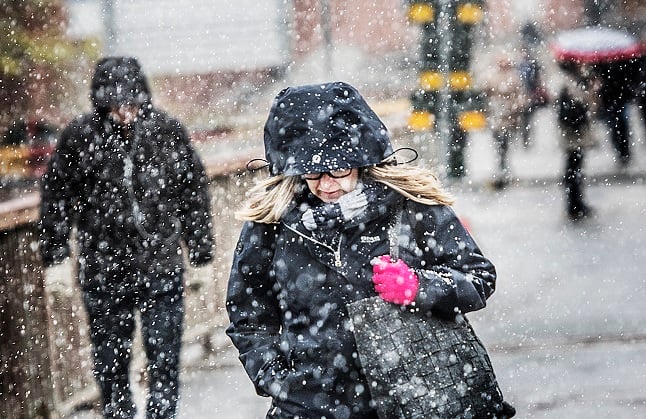 The Class 1 warnings for snowfall — the lowest level on a three-point scale — were issued by meteorological agency SMHI in Uppsala, Västmanland and Gävleborg for Tuesday evening.

And temperatures well below the seasonal average are forecast for the whole week across the country.

“It means we're getting 'April weather', just in May,” SMHI meteologist Max Lindberg Stolz told the TT newswire, using a term referring to unpredictable springtime weather conditions. “A lot of cloud building up in the daytime, and rain showers in the afternoons all week.”

“There is a risk to traffic, especially now that many people have switched to summer tyres,” said Lindberg Stoltz.

“It's probably not a direct risk of accidents, but for people who have planted [flowers and plants] it's not optimal with snow and frost,” he added.

“From what we can see now, there's no heat on the way for the next few days. Possible at the end of our forecast period, next Thursday, it can get warmer with temperatures up to 15 degrees. It is uncertain, but there is an indication that warmer air is on the way.”

to cool down – att kyla ner