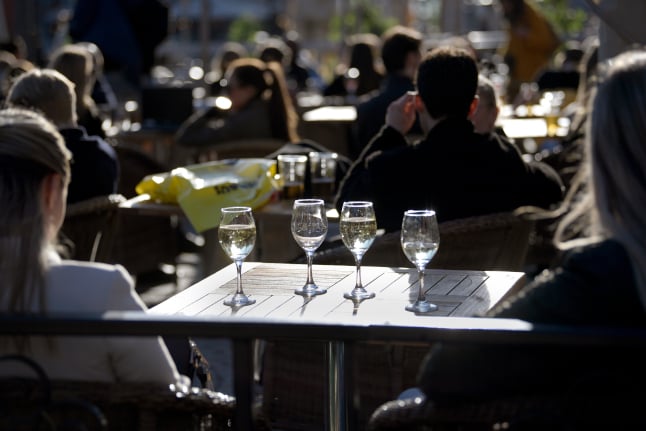 In March, Sweden introduced new restrictions for bars and restaurants in order to curb the spread of the coronavirus. These include allowing only table service, and making sure there is enough space between tables and customers. But concerns have been raised of these rules not being followed everywhere.

While Sweden to a greater extent than many other countries has relied on voluntary measures to fight the pandemic, these restrictions are not optional and restaurants who fall foul of the rules can be closed.

Swedish council officials have been out monitoring restaurants and have reported any that do not follow the rules to the regions' infectious disease doctors, who have in several cases decided to shut them down.

In Stockholm, nine bars and restaurants have so far been closed by Stockholm's infectious disease doctors. All of them have since been able to reopen after taking measures to improve social distancing standards.

A tenth pub in Stockholm was closed for the same reasons on Sunday.

Bars and restaurants can also be ordered to make changes on the spot to follow the rules, so closure is only the worst-case scenario if they fail to keep the crowds to a minimum and avoid risking the spread of infection.

The Swedish government now wants to make it possible for council officials to close restaurants without first going through the regions' infectious disease doctors. That's because local authorities are used to inspecting restaurants and have greater capacity to do so at a larger scale than regional health authorities.

The new law would also make it possible for council officials to fine restaurants who break social distancing rules, which is not currently possible. A sign in a restaurant telling people to keep their distance. Photo: Janerik Henriksson/TT

But in many cases restaurants have in fact taken steps to encourage social distancing, and crowded premises are caused by customers' own behaviour linked to varying “degrees of drunkenness” as the evening progresses, the government's law proposal points out.

Swedish visits to retail and recreation hubs (which includes restaurants, cafés, shopping centres, theme parks, museum, libraries and cinemas) were down 16 percent as of May 9th compared to pre-corona levels, according to Google's Covid-19 Community Mobility Report, and many restaurants are struggling financially.

However, while many people do follow official health guidelines to avoid direct social contact with others, concerns have been raised over those who do not. Hallengren said the government was concerned that the problem of crowded restaurants, bars and cafés would become more serious as the weather gets warmer.

The bill has been sent out for a shorter consultation round than normal, said Hallengren. If it gets the stamp of approval the plan is that it would come into effect on July 1st, and would be in place until the end of the year.