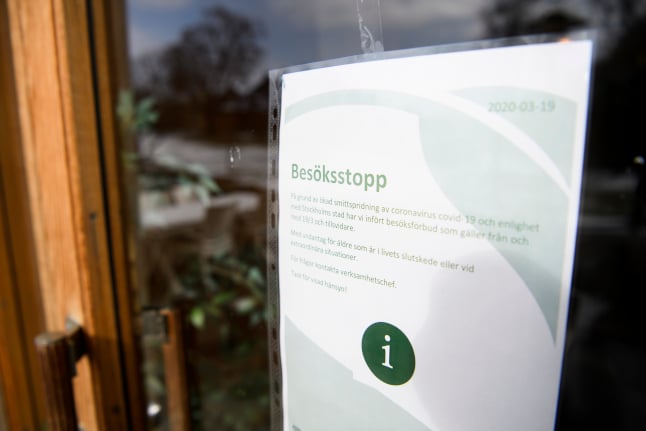 The Public Health Agency said it had recorded 4,029 deaths and 33,843 confirmed cases of the novel coronavirus in the country of some 10.3 million inhabitants, with 90 percent of the deceased over the age of 70.

Sweden's death toll has far surpassed the tolls in neighbouring Nordic countries, which have all imposed more restrictive containment measures.

Critics have accused Swedish authorities of gambling with the lives of citizens by not imposing strict stay-at-home measures. But the Public Health Agency has insisted their more relaxed approach is sustainable in the long-term and has rejected drastic short-term measures as too ineffective to justify their impact on society.

The Scandinavian country has kept schools open for children under the age of 16, along with cafes, bars, restaurants and businesses, while urging people to respect social distancing and hygiene guidelines.

State epidemiologist Anders Tegnell of the Public Health Agency has repeatedly insisted that stricter measures would not have saved more lives.

Three-quarters of Swedes who have died have been either in nursing homes or receiving at-home care.

Tegnell noted that a ban on visits to nursing homes was introduced in mid-March, but said elderly residents needed regular contact with their carers – who were believed to have spread the virus around many nursing homes.

“I'm really not sure that we could have done so much more,” he said in a weekend interview with Swedish Radio, acknowledging nonetheless that the country had ended up in a “terrible situation that highlights the weaknesses of our elderly care.”

He said care homes had initially failed to respect basic hygiene rules that could have curbed the spread of the disease, but said the situation had since improved.

The number of coronavirus cases in residences for elderly people has fallen from 400 per week at the peak to around 60-70 new confirmed cases each week, while known deaths with the coronavirus at care homes have fallen from over 100 to around 30 per week.