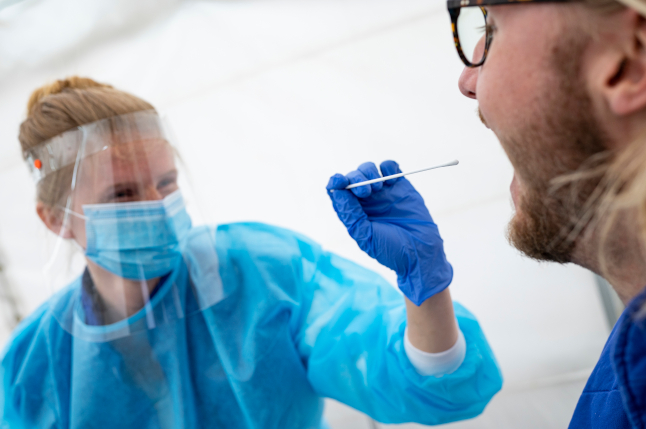 Almost 28,800 coronavirus tests were analysed in Sweden last week. That's fewer than the week before (32,700) and far below the government's stated target of being able to carry out 100,000 tests a week.

Sweden has scaled up its capacity in laboratories to be able to analyse 100,000 tests a week, but regional testing coordinators have reported logistical problems in getting the tests carried out in practice.

Health Minister Lena Hallengren told the TT news agency on Tuesday that the fact that last Thursday was a public holiday in Sweden, Ascension Day, may have affected the number of tests carried out that week.

”But we have to move towards significantly increasing tests. I don't really have any other comments than that,” she said, adding that much of the responsibility for carrying out testing rests with Sweden's 21 regions.

Authorities have been trying to scale up testing from being mostly limited to patients in need of hospital care and healthcare staff, with the government announcing last week that it would be expanded to include some people with milder symptoms (but the decision on whether or not to test would still be made by a doctor).

The government has also said that more staff in socially important functions outside healthcare and care – jobs that are considered to be essential in order to keep the wheels of society turning – should be tested.

Here's a list of who can currently get tested for the coronavirus in Sweden.

“I don't even understand how this is possible. We have been doing this for 11 weeks and it has been obvious that it has to happen. Strategies have been written and plans have been made and frustration has been expressed, and then there's nothing more happening than this,” he told TT.

Hallengren told Swedish radio show Ekot on Saturday that she had been “naive”.

“I had probably, possibly somewhat naively, thought that when this analysis capacity was there nationally and the state said it would foot the bill, I thought that there would be more fighting to get access to these tests,” she said. “Rather than the regions thinking it was so difficult to build testing capacity on the ground.”