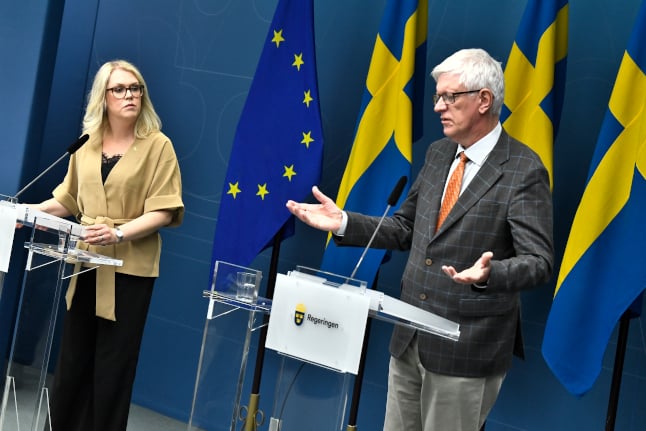 Sweden has since March 27th had guidelines in place that urge all elderly people to limit direct social contact. It is still fine (and even encouraged) to go out for walks, but you should avoid places with several people, including shops, public transport, pharmacies and friends' or family members' houses.

But the Public Health Agency had hinted that it would possibly issue more lenient advice for over-70s, at least those without underlying health conditions that would put them at risk of serious illness if infected with coronavirus.

“We believe that Swedes are healthier when they are 70 years old than the Chinese and Italians, and it would perhaps then be possible to move the (age) limit,” state epidemiologist Anders Tegnell told Dagens Nyheter last week.

But Public Health Agency director-general Johan Carlson told a press conference on Tuesday afternoon that after looking at the data, he and the agency's experts had found that the over-70 limit should remain in place.

“We don't see that it is justified (to raise the age limit) without exposing a lot of people to risk,” he said.

The majority of people who catch the coronavirus experience only mild symptoms and recover, but the older you get the more at risk you are of developing serious illness if infected with the virus – especially if you have underlying illnesses. More than four fifths of Sweden's coronavirus deaths so far are people aged over 70.

However, Carlson stressed that social distancing was not the same as complete isolation.

“The risk of infection outside is significantly lower than inside, that's important to keep in mind. It is therefore possible to play boules or croquet, picnic, or meet children and grandchildren, provided that you keep a reasonable distance and primarily do it outdoors,” he said.