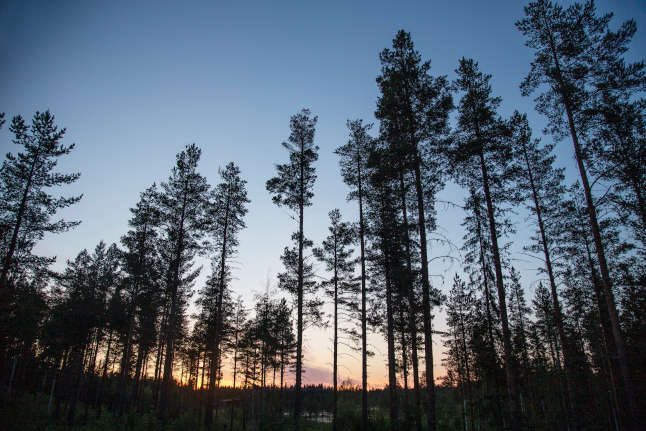 The midnight sun first rose at Treriksröset – Sweden's northernmost point which borders Norway and Finland (Treriksröset means 'three-country cairn') shortly before 1am on Wednesday last week. A day later it reached the first inhabited village in Sweden, Keinovuopio, home to four people according to the population register.

The phenomenon, which occurs in the area north or south of the polar circles, means that the sun is visible for 24 hours around the clock, depending on weather conditions and cloud cover.

In the city of Kiruna, the sun is now expected to stay above the horizon until mid-July.

But even if you do not live in an area that gets the midnight sun in Sweden, the days are still growing longer.

Stockholmers were set to enjoy 17 hours and 48 minutes of daylight on Tuesday, making the day more than ten hours longer than on its darkest day on December 21st, when the city had just over six hours of daylight.

In a normal year, foreign tourists would flock to northern Sweden to catch a glimpse of the midnight sun. But with coronavirus travel restrictions and fewer international flights, this summer will probably be very different.

Unlike many other countries, Sweden has never had a full lockdown, but people are strongly urged to avoid all non-essential travel further than one or two hours away by car. However, state epidemiologist Anders Tegnell told The Local last week that the Public Health Agency may ease the rules on domestic travel soon.

SAMI
Sami market gets under way online – for the first time in four centuries
Url copied to clipboard!