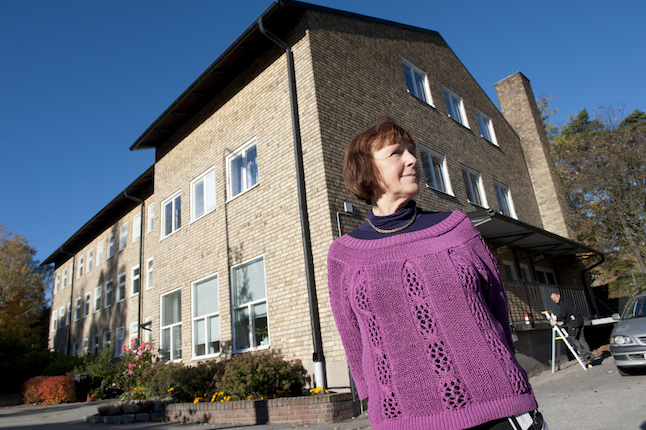 Between 2005 and 2013, Annika Linde was Sweden's state epidemiologist, the position now held by Anders Tegnell, who has become a figurehead of the Swedish coronavirus strategy. Linde's mandate, however, only comprised the surveillance of infectious diseases, she points out, whereas, since the institute became a public health agency in 2012, the responsibility for strategies to prevent such diseases was added to the tasks.

The now 72-year-old Linde, who was in the role during the swine flu and SARS crises, has spoken out by criticising some of the most prominent supporters of the Swedish strategy, notably her and Tegnell's predecessor and honorary WHO adviser Johan Giesecke, who has made both domestic and international headlines for being a strong defender of the Swedish approach. Giesecke is also an adviser to the Public Health Agency, but the agency has said he does not speak for them in an official capacity.

“When Giesecke went on and on how Sweden has the best strategy in the world, I couldn't shut up any longer. To be so proud of a policy that turns out to be a partial failure goes way too far,” she tells The Local.

The Swedish coronavirus strategy was originally built on two pillars: one, to flatten the curve of the spread of infections in order to make sure that the public health care system would not burst at the seams, and, two, protecting the elderly population.

Linde was initially supportive of the strategy, but says she has changed her view.

“When Tegnell announced the Swedish strategy, I thought: this may turn out quite well,” Linde says. “But the authorities have not been able to protect residents at elderly care homes.”

About half of the over-70s in Sweden who have died after testing positive for the coronavirus, lived in a care home for elderly people. Another quarter were receiving some form of home care service.

High mortality rates in elderly care homes is not an exclusively Swedish problem; the coronavirus has caused large numbers of victims in care institutions in, for example, France and Spain.

“The point is that Sweden made it so explicit from the get-go: we are going to protect our older population. But how can you claim such a thing without taking any measures to speak of?” says Linde, who is also a member of the Liberal party in the Stockholm region.

“Many tragedies in care homes could have been preventable by exercising some top-down control. How to train health personnel for this particular situation, what requirements to impose on institutions, which protective materials to use, how to consistently test staff for the coronavirus. But a large share of the care facilities simply lacked this control, the means and knowledge.”

Tegnell and Prime Minister Stefan Löfven have themselves repeatedly admitted failure in their attempt to protect care homes, including in comments Tegnell made to The Local in April.

A major investigation is under way into what went wrong in care homes. Some of the possible causes for the wide spread in these residences have been linked to large numbers of temporary personnel who work on a substitute basis and therefore work in multiple homes. Many temporary staff have no fixed contract and are not paid when they are ill, meaning there is less incentive to stay home from work when feeling ill, something which the government urged all care home staff to do.

What's more, there have been criticisms over the hygiene instructions received and the lack of protective clothing in many homes. In addition to clearer policies for these homes, Linde believes Sweden would probably have benefited from imposing a lockdown – even if only for a month.

This could have bought some time, enabling the authorities to take measures and develop a clear and outlined strategy, for example on how to protect the elderly in care homes. In the meantime, the virus would have had less of a chance to spread further, Linde says, and as soon as there was more control and overview, Sweden could have slowly reopened, basically to the degree that we are at now.

The approach she describes is not dissimilar to the strategies applied by neighbouring countries Denmark, Finland and Norway. These countries have, respectively, four, seven and nine times less corona deaths per capita than Sweden.

But there is also considerable variation in the death toll and spread of infection within Sweden, suggesting the lockdown or lack of one is not the deciding factor. Linde points to the southern region of Skåne as an example.

“Strangely enough, Skåne, the region furthest to the south, has had few corona cases. Or, actually, it is not that strange: the region had an earlier sportlov (late winter break) than Stockholm and went on vacation before the major spread of the virus.

“People from counties like Stockholm, who went on holidays later on, were at a much greater risk of contracting the infection abroad. By the time they returned to Sweden there was more information available about Covid-19 and adults who returned from their holidays in Italy were ordered to self-quarantine for the duration of a fortnight. But there were probably a lot of infected citizens returning from countries like Iran and China, who weren't told to quarantine. Sweden might have prevented a large share of infections by isolating travellers from all corona hotbeds. Yet Sweden had no clear or binding policy in this respect,” Linde commented.

In fact, at the time Stockholm's spring break ended, Sweden's advice was that anyone who developed symptoms after returning from travel in China, South Korea, Iran or northern Italy should isolate and contact healthcare services, but this was not binding and did not apply to symptom-free people returning from travel.

The Public Health Agency has since said that people returning from Italy, despite making up a large part of the early confirmed cases of the virus, were not the main source of the infection spreading in Sweden, but that this was linked to travel during the sports break to countries including Austria, the UK and USA. Few of the early confirmed cases, when Sweden was still doing contact tracing, contracted it in China. Annika Linde and Anders Tegnell, among others, at a meeting during the swine flu epidemic. Photo: Pontus Lundahl/TT

Another problem Linde raises with Sweden's current policy is the idea of ​​group immunity – a strategy that Swedish authorities have denied is the goal of their approach, but have admitted is a possible, and desirable, consequence.

It is unclear what level of immunity previous infection by the virus provides. Several studies have suggested that people who have been infected do have some antibodies that according to the World Health Organisation would likely “provide some level of protection” against re-infection, but there is still no evidence to show whether people are fully immune, or for how long. And in Sweden's first antibody study, fewer people than predicted had developed coronavirus antibodies – just 7.3 percent in Stockholm by early April.

“The virus doesn't seem to be spreading as quickly and evenly as initially thought,” says Linde. “The coronavirus is mainly concentrated in patches. Some parts of society experience major outbreaks, others none at all. This suggests that a scheme as applied in South Korea could be much more efficient than ours: an initial lockdown, identifying the clusters of infections, efficiently halting the virus in those places, and continuously following up on any remaining or new coronavirus cases. In this scenario, society can more or less open up again, while the government continues their intensive supervising and testing.”

She recognises that it can be easy to judge previous mistakes with hindsight, but says she felt moved to speak up after seeing her peers present the Swedish strategy in a way she found overly positive.

“Perhaps some of the countries that seem to be doing well now will experience a major wave of infections later on. It may in the end turn out that Sweden has not fared so badly, compared to for example its neighbours. My overarching criticism concerns the Swedish attitude: 'We are the only ones who are taking the right approach',” she says.

“A little humility wouldn't be out of place. Perhaps some other countries are simply better at controlling the virus than we are, and we could still adjust some of our policies accordingly. But we would first have to acknowledge that we might have taken some wrong turns.” The former state epidemiologist also acknowledges the ways in which Sweden does appear to have chosen the right path.

She applauds the fact that the schools for children up to 16 years old have remained open, and, especially as someone in the over-70 age group, she is extremely glad that she has been able to go on long walks through the nearby forests, while in other countries over-70s have been told not to leave their homes.

“It is psychologically harmful to be locked up for so long. Our approach has proven certainly more sustainable than those of many other countries. Had the Swedish plan to protect the elderly been successful our strategy may well have proven fantastic,” she says.

But as things are, she believes Sweden will stand alone, and this could lead to long-term damage.

Nordic countries Norway, Denmark and Finland are already considering opening up their borders to travellers and trade among the Nordic nations – but it's not certain whether Sweden will be included in any 'travel bubble'.

“We will be among the European countries where travellers from low incidence regions are not allowed to travel to or from. Our stubbornness may eventually damage our economy. There could be many unforeseen consequences for the route we've chosen. If you decide to stand out and things turn sour, you may end up very lonely,” she says.