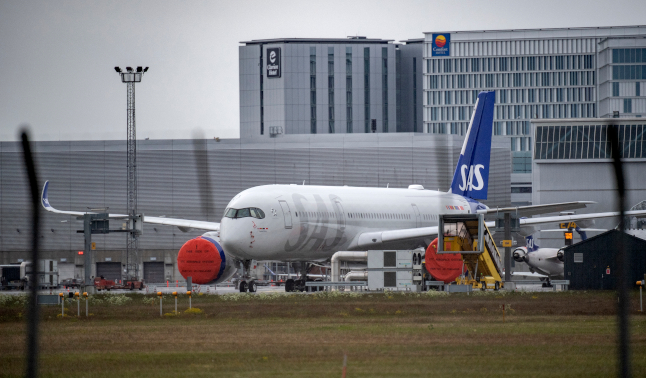 The carrier, which has practically stopped operating, reported a net loss of 3.47 billion Swedish kronor (328 million euros, $362 million) in the three months to April, the second quarter of its financial year.

In April alone, passenger numbers fell by 96 percent, after the company announced the previous month that it would cancel most of its flights and furlough 90 percent of staff.

SAS shares dropped more than seven percent in early trading on the Stockholm stock exchange in reaction, in an overall market that was more than one percent higher.

The airline, whose main shareholders are the Swedish and Danish states, said last month that it was laying off about 5,000 people, representing 40 percent of its workforce.

In early May the company secured a state-guaranteed credit line of 3.3 billion kronor to help it navigate the impact of the new coronavirus.

The quarterly results come a day after SAS said it would resume flights on several domestic and international routes in June.

Most will be within and between Scandinavian countries, but flights from Copenhagen to New York, Chicago and Amsterdam will also operate again, it said.