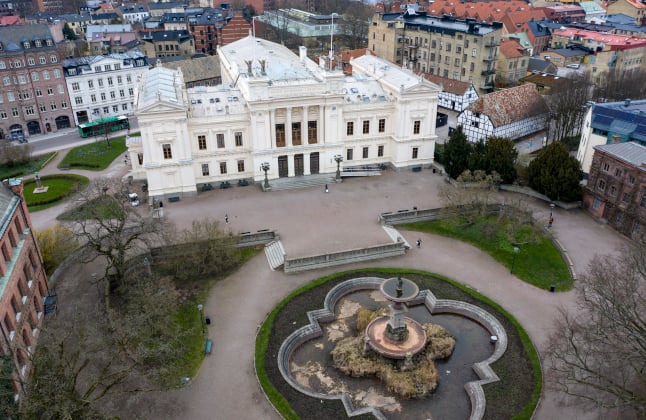 Sweden has kept its schools for young children open throughout the coronavirus epidemic, but recommended schools for over-16s and universities to move to distance teaching for students in mid-March.

But from June 15th they may be able to return to a “more normal” situation than today, said Löfven.

Most students in upper secondary education (gymnasieskolan) will soon leave for their summer break, so the new recommendation will mostly have an impact on the autumn semester. But it does mean that summer schools may be able to open their door to students this summer.

Some kind of distance teaching may still be needed for adult education if the institutions are unable to maintain other coronavirus rules and guidelines, which remain in force, emphasised the ministers.

“In light of this we no longer believe we can justify the recommendation of distance education in upper secondary schools,” said Carlson.

Part of the reasoning behind keeping schools for under-16s open was to ensure that parents in essential jobs would be able to continue working, and that children were not believed to be major spreaders of the virus, nor at significant risk of developing serious illness if exposed to it. But the decision was not without controversy, with several parents telling The Local that they were concerned about sending their children to school.

When deciding to reopen its own schools last month, Norway's Public Health Institute used the experience of Sweden, along with Iceland, Taiwan and Singapore – where no clusters of the virus were linked to schools – as an example when it explained its own reasoning.

Universities, university students and other adult education are still expected to follow Sweden's other coronavirus restrictions and recommendations, for example avoiding non-essential travel, not organising public gatherings of more than 50 people, and observing social distancing.

“This could mean that you need to maintain distance learning if teaching can't be led in a suitable way otherwise,” Carlson cautioned.

He said that recommendations around travel, including to and from university, would be shared by the agency soon. “The advice [to avoid journeys of more than two hours from home] in general applies to unnecessary trips. If you study at a university and live somewhere else, that's not inherently a necessary trip, but we will discuss travel shortly,” he said.

The ministers stressed that the coronavirus situation in Sweden remains serious, and Friday's decision should not be taken as a sign that the country is ready to start lifting restrictions and guidelines in general.

The decision does not affect restrictions on Sweden's traditional graduation ceremony, utspring, which in a normal year sees students dash out of their school building to be greeted by large groups of friends, family and relatives. Those restrictions are likely to remain in place.