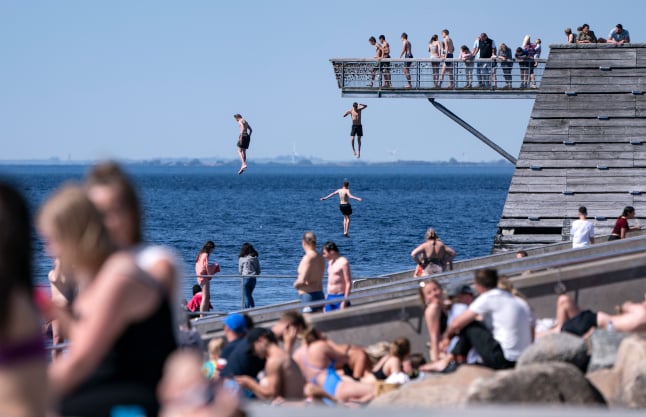 Beach-goers in Malmö on May 31st. Photo: Johan Nilsson/TT

Tele2 on May 24th activated Sweden's first public 5G network in Stockholm, and it is set to be rolled out in Gothenburg and Malmö on June 24th. The technology allows speeds of more than 1 Gbit/second, which according to Tele2 is up to four times faster than today's 4G network. However, you'll only really benefit from it if you have a mobile phone with 5G capacity, which most phones don't have today, reports the TT newswire.

From June 1st, it is no longer possible to buy painkillers containing diclofenac without a prescription in Sweden. Diclofenac is a nonsteroidal anti-inflammatory drug (NSAID) used to treat pain and inflammation, for example migraines. It is the active substance in common painkillers such as Voltaren, Ignorin and Eeze in Sweden. The decision comes after a major study noted a small increase in heart-related illness.

Will Sweden's entry ban be extended?

A temporary entry ban to the EU via Sweden is currently in place until June 15th. The decision to introduce the entry ban was made by the Swedish government in March in line with EU recommendations to curb the spread of the coronavirus, but it is up to the border police to enforce it and assess each case.

There are a few exceptions to the ban, including Swedish citizens and foreign residents already living in Sweden, or people who are travelling to Sweden for urgent family reasons. However, if you have received a residence permit but have not yet moved to Sweden, you may not be able to enter the country.

It has not yet been confirmed whether the entry ban will be extended beyond June 15th or not. Sweden's Public Health Agency has said it expects to roll out an updated set of health recommendations for the summer holiday period in early June, with state epidemiologist Anders Tegnell telling The Local last month that “we will see if we can be a bit more lenient” when it comes to advice on domestic travel.

People in Sweden are currently advised to avoid non-essential travel, but health authorities have said that short journeys of around one-two hours by car may be acceptable as long as you follow other guidelines on social distancing, hand-washing and so on. You can read Sweden's official recommendations here.

Schools for over-16s and universities allowed to reopen

Swedish universities have been offering only distance teaching since mid-March, based on coronavirus recommendations from the health authorities. But the government and Public Health Agency announced last week that from June 15th universities will again be allowed to open their doors to students.

The spring semester is almost over, so for a lot of people this will not immediately affect you, but it does mean that summer schools will in theory be able to go ahead, and that the autumn term will run as normal.

However, universities will still be required to observe general health and safety recommendations, and if they are unable to do so the advice is that they should remain closed. Some universities had previously said that they would run the autumn semester online; it is not yet clear whether all of them will now change their plans.