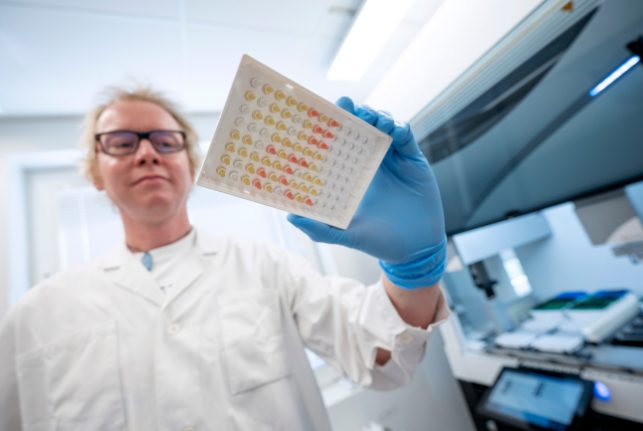 More people are being tested for the coronavirus in Sweden. Photo: Johan Nilsson/TT

Almost 36,500 coronavirus tests were analysed in Sweden last week, according to the Public Health Agency. That's the highest number since the authority started keeping statistics at the beginning of March this year.

However, it is still far from the target of carrying out 100,000 tests a week.

Sweden has scaled up its capacity in laboratories to be able to analyse 100,000 tests a week, but regional testing coordinators have reported logistical problems in getting the tests carried out in practice.

Testing is being carried out by Sweden's 21 administrative regions, several of which have recently widened their testing from being mostly limited to patients in need of hospital care and healthcare staff, to additionally include people who have symptoms but do not need hospital care, and people in key jobs.

Sweden has divided testing into four priority groups: People with symptoms requiring medical care and residents of care homes, healthcare and care staff, people in socially important functions, and the rest of the population.

But expanding actual testing to include the top three groups, as requested by the government, has turned out to be easier said than done, sparking debate about who is responsible for making sure that the tests are being carried out as pledged.

The increase in testing comes a week after the number of tests fell from 32,700 to 28,800 the week ending May 24th, which may have been related to that week being only a four-day week due to Ascension Day.