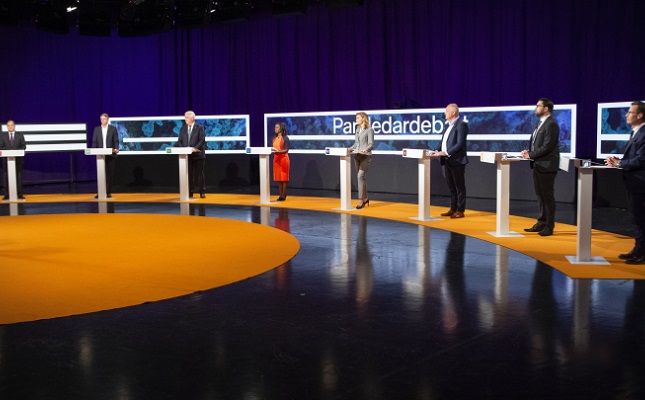 So far, there has been broad consensus on the national strategy of relying on voluntary measures rather than strict lockdown.

Experts have even suggested to The Local that this political 'cease-fire' is one of the reasons the strategy has been feasible.

“If you have a society where the government is fundamentally mistrusted or a polarised environment where the strategy would get politicised, this may well not work,” said the Swedish Institute for Health Economics' Managing Director Peter Lindgren earlier this month.

“But in the Swedish parliament, there is very little disagreement – there's some disagreement on the details but everyone is buying in on the general strategy.”

The far-right Sweden Democrats has been the most outspoken about the strategy. Its leader, Jimmie Åkesson, has said the Swedish strategy has failed completely and called for the resignation of the Public Health Agency's state epidemiologist Anders Tegnell.

Aside from Åkesson, the leaders of opposition parties besides the Sweden Democrats did not criticise the fundamentals of the strategy in Sunday's debate, but they did attack the government for perceived lack of leadership, particularly those parties to the right of centre.

“We have a dysfunctional government,” said the leader of the conservative Christian Democrats, Ebba Busch.

She was critical of the actions taken early on in the outbreak, specifically the fact that Swedes returning from overseas holidays were not asked to self-isolate on their return. Returning travellers from the sportlov spring school holiday has been cited as one of the main factors in the early spread in Sweden, and the reason why Stockholm has been comparatively worse hit than other regions, where these holidays took place earlier.

Busch said these actions “deliberately” led to the spread of infection, something which Prime Minister Stefan Löfven denied.

Further criticism was directed at Sweden's testing numbers, which are lower per capita than many other European countries despite lab capacity to carry out around three times as many tests as the current number.

On this issue, conservative Moderate Party leader said that the government had left too much to the regions, “not because the government doesn't have good intentions, but because there has been a lack of engagement in making decisions”.

One area where the opposition leaders agreed with Sweden's government was that the strategy has failed for people in elderly care.

The leader of the Left Party, Jonas Sjöstedt, said the crisis made clear that all elderly care staff needed fixed employment and training, while the leader of the conservative Moderates, Ulf Kristersson, said that the care home where his mother lived had reported a lack of protective equipment, and a lack of training in how to use the materials they did receive. Kristersson's mother died on Sunday, after catching, and recovering from coronavirus.

The debate comes at a time where opinion polls are showing a drop in support for the ruling Social Democrat-Green government, which has previously seen a rise in public trust levels. However, one of the largest such opinion polls shows the Social Democrats have gained the most support over recent months.