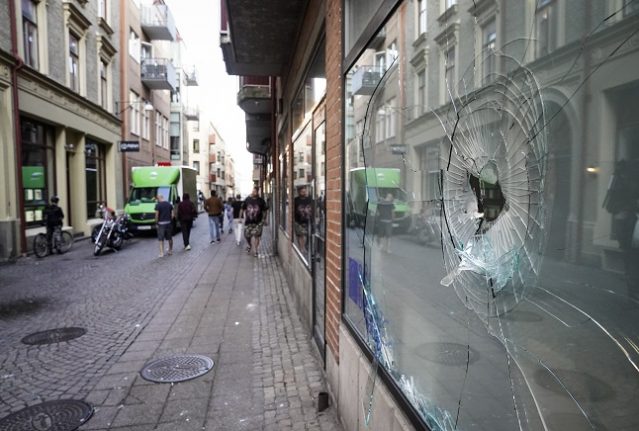 The vandalism took place on the same day there were largely peaceful anti-racism demonstrations in Gothenburg, which were however broken up by police when numbers surpassed 50 due to current coronavirus restrictions. The protests were started to show solidarity with the Black Lives Matter movement which originated in the US, and to protest against racism here in Sweden.

In one video, the man, now identified as Nigeria-born personal trainer Murphy Alex, calmly confronts a person who is damaging a shop window using a table leg. Murphy disarms the man and then talks to three others who appear to be supporting the vandal.

In the second video, he intervenes when people are throwing objects at police vehicles.

When The Local managed to speak to Murphy on Monday evening, he had spent the day giving TV and media interviews after the videos went viral, winning him praise on social media.

Former Deputy UN Secretary-General Jan Eliasson said: “The man in white is admirable. Sad that he is alone. He's still doing more than all the others together for the fight against racism.”

“I was there to protest,” Murphy told The Local. “I saw people causing action that would divert from the message, I reacted instinctively. I just stepped in, just to talk to them and say 'why are you doing this, stop it, go back to the protest'. Most of them listened, some of them didn't.”

He says he intervened about 30 times over the course of the day. “The first time I saw someone try to smash the police car, so I just tried to calm them down, then I kept doing that the whole day, then woke up this morning — all of a sudden I'm some kind of hero!”

The personal trainer said he didn't want the coverage of his actions to detract from the core message of the protests.

“The message needs to be the focus. I was there yesterday to protest because of what's going on and that's what I wanted the focus to be in, that's why I stepped in to make sure people didn't dilute the message. And now I'm the one diluting the message!” he said. “I would rather let the focus go back to where it needs to be, which is against brutality and the inequality of people in society. Now it's about how the message can move forward. Otherwise, I'm just Murphy, that's it!”

Three people were detained following the protests, and a total of 35 police reports filed, including for theft, assault, vandalism, and violence to a public servant.

Police said that most of the people involved in the violence were young men based in the Gothenburg area, some of them previously known to police.

“It's deplorable with this group of young men who went around the city and just destroyed things and tried to cause disturbance. It takes away from the demonstration,” police spokesperson Thomas Fuxborg told TT on Monday.

One of the organisers of the protest, which had a permit, Roda Hassan told Sveriges Radio: “We wanted to come out with our voices and views and get them heard. Then the fact there's disturbance and people want to fight after a peaceful demonstration – no, I don't stand for that.” 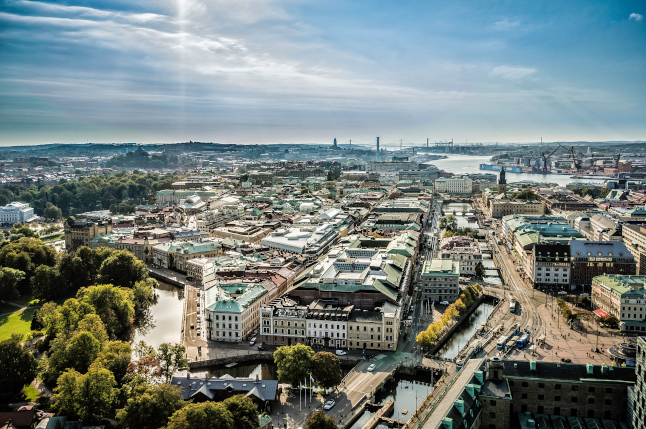 EQUALITY
‘Only half the story’: The flipside of Sweden’s egalitarian utopia
Url copied to clipboard!