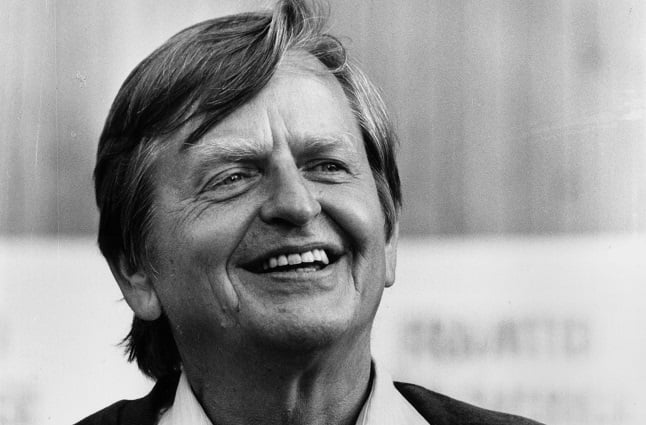 Olof Palme was killed by an unknown gunman in February 1986. Photo: Jack Mikrut/Scanpix/TT

More than 10,000 people have been questioned over the years since Palme was shot while walking home from the cinema with his wife. Over 130 people have claimed responsibility for the killing, but the case has not yet been solved.

There have been countless conspiracy theories and suggestions, but the investigation has mostly focused on the following five theories.

This was the name given by media to the first person to be arrested as a suspect in the case as early as March 1986. He was arrested after multiple tip-offs saying he had made hateful comments about the Social Democrat Prime Minister, but was released not long after. The man was himself murdered in the USA in 1993.

Early on, investigations looked into the Kurdistan Workers' Party (PKK) which had been declared a terrorist organisation by the Swedish government, and 20 Kurds living in Sweden, including 12 PKK members, were questioned in 1987. This did not lead to any arrests.

A man named Christer Pettersson, who had a previous conviction for manslaughter, was in 1988 convicted of the murder after Lisbet Palme, the prime minister's wife who had been at the scene, identified him in a lineup. But he was acquitted later that year by a court of appeal, and died in 2004.

In October 2001, Pettersson told a friend he had killed Palme, something he later took back and refused to confirm or deny.

Palme had been a vocal critic of the South African apartheid regime, and he made a speech calling for its abolition just a week before his murder. Sweden also made financial contributions to the African National Congress, a party formed to oppose apartheid and which has ruled South Africa since the regime ended.

This was an early witness in the case who worked at insurance company Skandia close to the scene of the murder. He reportedly had access to a gun of the same kind as the murder weapon through a friend, and had expressed dislike of Palme. He died in 2000.

Now on Wednesday, the prosecutor is expected to reveal who was responsible for the assassination.

“I am optimistic about being able to present what happened with the murder and who is responsible for it,” he said on Swedish TV back in February, but did not say whether he believed he would bring charges against a suspect.

It is still not known whether the decision to be presented on June 10th will be to press charges against a suspect, to name a now-deceased suspect, or to drop the investigation completely.

Which theory do you think sounds the most plausible?