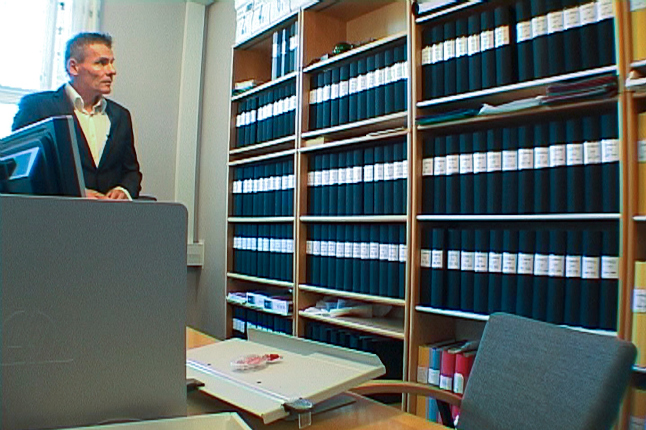 An eight-year-old boy was attacked from behind on his way to school just before 8am on October, 19th, 2004, and stabbed several times. Shortly afterwards a 56-year-old woman who was on her way to work was also attacked nearby. The perpetrator then dropped the knife and left the scene. Both victims died.

It is one of Sweden's most high-profile unsolved murders.

There was no immediate explanation for the attack, with the two victims, Mohammad Ammouri and Anna-Lena Svenson, having no apparent links to each other.

Huge police resources were dedicated to finding the attacker, who left behind traces of blood and hair. But despite initial hopes that police would be able to quickly solve the case, their efforts were unsuccessful.

Years later, police were given the green light to for the first time in Sweden use methods similar to those that were used to solve the cold case of the Golden State Killer in California in 2018. They sifted their way through DNA uploaded by people on family tree websites, and then carefully worked their way towards finding a suspect by identifying possible relatives with similar DNA – with the help of family history researchers.

On Tuesday, a potential suspect was brought in for questioning.

“In a pilot project, the police in Linköping hired genealogists and used genealogy databases to track down the perpetrator,” said Sweden's Prosecution Authority in a statement announcing the arrest on Tuesday.

Later on Tuesday suspicions against the man grew after new tests showed that his DNA matched that of the suspected perpetrator. His lawyer, Johan Ritzer, then told the TT news agency that he had confessed.

“I have just met my client in custody and an interrogation has been held. What I can say at the moment is that his position is that he admits to killing this boy and this woman,” Ritzer told TT, offering no further details.

The man is described as 37 years old and from the Linköping area.

Prosecutors will now have until Friday to ask the district court to remand him in custody.

The double killing is one of the largest criminal investigations in Swedish history, second only to the unrelated assassination of Swedish Prime Minister Olof Palme in 1986 – which may also be close to a conclusion. The chief prosecutor investigating Palme's murder has said he will announce his decision on Wednesday.