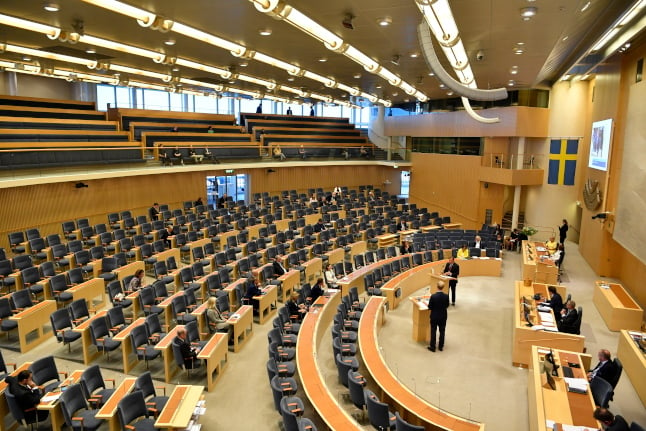 The temporary law, which gave the government permission to make certain decisions to curb the spread of the coronavirus without first asking parliament, was passed in April and was scheduled to last until June 30th.

The government argued at the time that it was vital for it to be able to quickly make decisions on potentially life-saving measures to halt the infection, such as closing transport hubs, restaurants or shopping centres.

But the powers granted to the government in the new law were never actually used, and will not be extended.

“There were quite a lot of changes made to the mandate, and how useful it turned out to be at the end of the day is an issue to look into in retrospect,” Health Minister Lena Hallengren was quoted by news agency TT as saying.

The original bill was changed after some of Sweden's larger opposition parties and the Council of Legislation criticised it for being too vague. One of the amendments stated that although the government would be able to impose measures immediately, they would go to parliament for review and could be cancelled in court.

Hallengren also argued that the government had taken other measures that meant the need for the crisis law had not been as great as anticipated.

Several international media reported on the new powers in April as a “U-turn” from Sweden's softer measures than the rest of Europe, but the powers were never intended to pave way for large interventions such as a lockdown – major changes to Swedish law would be required in order to limit people's ability to go outside.

So unlike most European nations, Sweden never closed society down, opting instead to keep schools for under-16s open, as well as cafes, bars and restaurants and most businesses – while for example banning public events of more than 50 people, barring visits to elderly care homes and encouraging social distancing.

The approach has however been the subject of intense debate, especially as Sweden's death toll has far surpassed the tolls in neighbouring Nordic countries, which all imposed more restrictive containment measures.