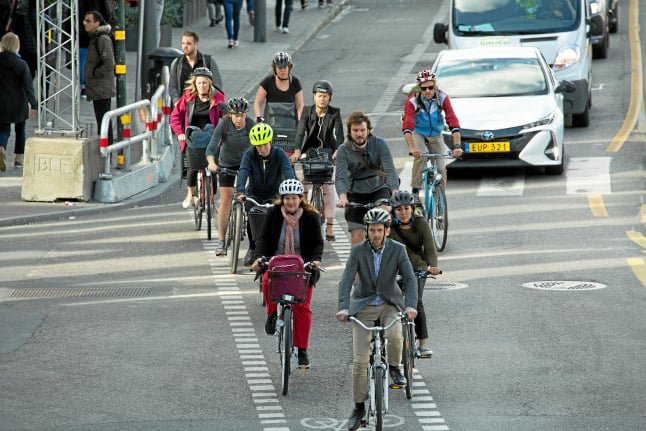 Fewer than 100 people died in traffic in Sweden in the first six months of the year. Photo: Martina Holmberg/TT

A total of 96 people died on Swedish roads in the first six months of 2020 – 12 fewer than the same period last year – according to new statistics by the Swedish Transport Agency.

“It is the first time there are fewer than 100 fatalities in the first half of the year,” Khabat Amin, statistician at the Transport Agency, said in a statement.

The decrease may be partly down to coronavirus travel restrictions, which were introduced in Sweden in mid-March when the Public Health Agency issued a guideline to avoid all non-essential domestic travel.

Traffic on Swedish roads fell by around 10-20 percent in March-June compared to the same months last year, as more people worked from home and fewer undertook long journeys to see friends and family.

Fifty-seven of the people who died in traffic this year were travelling in a car, 17 on a motorcycle, six on a bicycle and eight were pedestrians. Fourteen victims were younger than 20 and 16 were aged 75 or older.

It’s a 17 percent fall in fatal accidents compared to the average of January-June in the five past years.

In 1997, Sweden introduced a road safety policy named Vision Zero, with the long-term aim of cutting fatal accidents to zero. There has been an overall drop in road deaths over the past decades, with the exception of 2018 which stood out as a particularly deadly year.