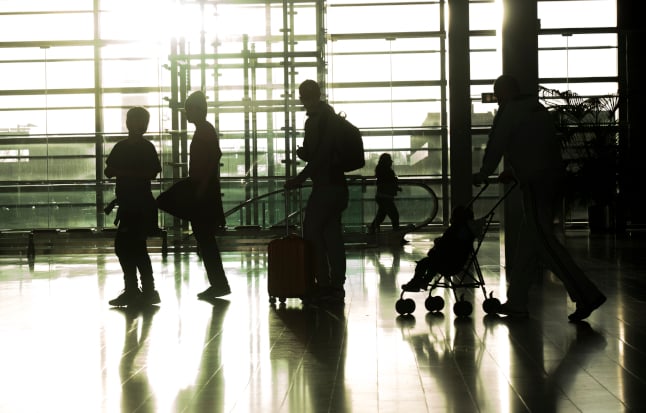 People who wish to bring their partner to Sweden today have to show they can support both of them. Photo: Fredrik Sandberg/TT

The requirement was extended in 2016 to include that residents who wish to bring a partner to Sweden need to prove that their income is high enough to support both themselves and the partner joining them.

They must also have a home that is considered large enough for the entire family.

It applies to everyone from work permit holders to Swedish citizens. But upcoming legal proposals include a bid to reintroduce certain exemptions to the maintenance requirement, reports Swedish public radio SR.

“Those proposals on the table at the moment, and I should say they are not yet finalised, but our ongoing discussions include that Swedish citizens, or EU and EEA citizens, should have the right to exceptions to the maintenance requirement,” Social Democrat politician Rikard Larsson told SR.

The proposal is part of ongoing negotiations between Sweden's political parties and the details are to be ironed out by August 7th, but SR reports that the two largest parties – the Social Democrats and the Moderates – agree on at least the principle of an exemption for Swedes with foreign partners.

It is one of a series of smaller proposals expected instead of a comprehensive overhaul of Sweden's migration policy, after talks between the eight parliamentary parties broke down this month.

Other proposals may include areas relating to temporary residence permits for asylum seekers and protection on humanitarian grounds. However, a much-talked about proposal that will not be included after the parties failed to agree is a cap on the number of people given asylum in Sweden each year.

The next likely step is that the government sends the proposals out for a consultation round, after which it may decide to put them to parliament for a vote. Only after that would there be a law change.

Sweden's current temporary law, which was introduced back in 2016 after the country received record numbers of asylum applications during the crisis of the autumn before, is set to run out next summer. The goal is to replace it with a permanent policy – which may look similar or different – before it expires.

The Local will keep reporting on the new proposals, and other issues that affect immigrants in Sweden, as soon as we know more. In the meantime, this article explains what is likely to happen next.