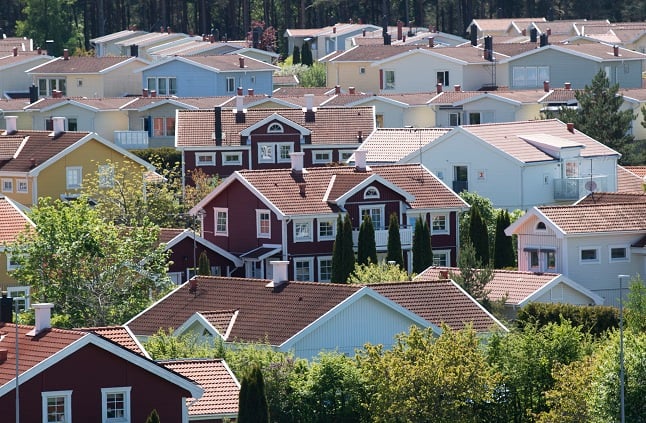 Do you care where your neighbours come from? A surprising number of people in Sweden say they do. Photo: Fredrik Sandberg/TT

In a survey by polling company Novus, people from a group representative of the Swedish population were asked how they would feel about having a neighbour from different backgrounds.

The majority said it did not matter to them where their neighbour came from, but around one in five would not be happy to have a neighbour with a certain background.

A total of 22 percent said they had “negative” feelings about the idea of living near someone from a Muslim or Middle Eastern background, with just four percent saying they felt positively about the idea.

And only four percent said they would feel positively about having a neighbour with an African background, with 16 percent saying they'd have negative feelings about this.

For each category, the majority (between 65 and 83 percent of respondents) said the background of their neighbour did not matter to them, while between three and ten percent responded “don't know”.

“Inclusion is about living as neighbours, going to the same school and being at the same workplaces. We aren't equally open here. This makes me worried for Sweden's future, it's something that needs to be investigated more deeply,” Ahmed Abdirahman, CEO and founder of The Global Village Foundation, told Dagens Nyheter.

The pollsters also posed the same questions to people resident in Sweden's 60 vulnerable neighbourhoods, as part of a report by NGO The Global Village Foundation.

This group were in general less likely to say they would have negative feelings about a neighbour based on their background. Again, the vast majority (between 76 and 81 percent) said the background of their neighbour didn't matter to them.