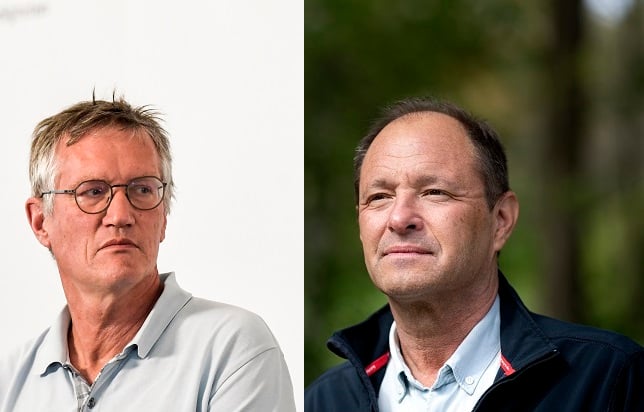 The comments were made as part of Swedish Radio's summer series Sommar i P1, which invites a range of public figures in Sweden to host a radio show.

Infectious disease doctor and professor Björn Olsen said that Sweden could have avoided many of the negative consequences it's seen from the coronavirus if stronger actions had been taken earlier, including quarantines for returning travellers, early lockdowns, and a recommendation to wear face masks.

Olsen has been a vocal critic of the Public Health Agency's strategy throughout the pandemic and is one of 22 scientists who have regularly called for changes in the strategy through opinion articles in Swedish media.

“Far too many people died ahead of their time. Died of a virus that didn't need to spread uncontrollably,” he said in the programme, where he also discussed his experience of diagnosis with a brain tumour. He said there was “not enough time” in the one-hour programme to list all the mistakes made by the Swedish Public Health Agency.

Olsen also criticised Swedish media for what he called an insufficient questioning of the strategy, saying that this combined with “groupthink” within the agency to create a “deadly cocktail”.

“Sectism is dangerous, and many media have been faithful preachers in the sect around the Swedish strategy. Groups benefit from having a devil's advocate in the room, a questioner who challenges groupthink and tunnel vision. This was obviously missing when the Public Health Agency characterised the corona pandemic as an ordinary influenza,” Olsen said.

He spoke about how, unlike flu, the coronavirus does not cause an even spread of infection but rather clusters of outbreaks, putting environments like hospitals, care homes, ski resorts, and areas of crowded housing at higher risk.

State epidemiologist Anders Tegnell, the man who has become the face of the agency's strategy, also hosted a radio show in the same series earlier this summer.

Tegnell said that Sweden's high death toll, several times that of its Nordic neighbours, “should have been possible to avoid” and characterised the number of deaths among the elderly in Sweden as “an especially large failure”.

But he also said that with the pandemic still ongoing, it's still hard to draw clear conclusions of what the best strategy might have been.

Björn Olsen said he did not think a strong second wave of the virus was likely, but that Sweden and the world can expect localised outbreaks and will likely have to live with the coronavirus for a long time to come.

Why are Sweden's coronavirus figures falling so sharply and what does it mean for the future?