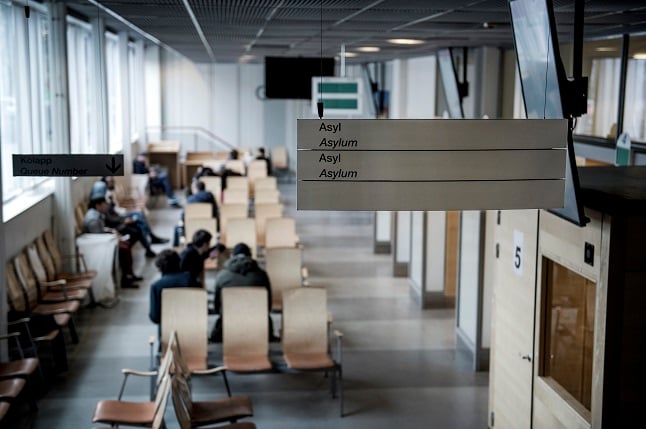 Sweden has had a temporary migration law in place since 2016, when it was brought in as a response to the unprecedented situation and large numbers of refugee arrivals.

That was never meant to be a permanent solution, and all Sweden's parties have called for change. Last year the Migration Committee was set up, with representatives form all eight parliamentary parties, to explore how this should be done.

That committee was meant to present a proposal today, but that now isn't happening after disagreements meant the cross-party talks broke down. Instead, the committee is likely to put forward proposals on individual policy areas where there is broad parliamentary support.

Here's a look at the areas that so far politicians have been unable to reach a compromise on.

When an asylum seeker's application is approved in Sweden, should they receive a temporary or permanent residence permit? This is one question political parties can't agree on.

Before 2016, the default was that they would receive permanent permits, but this changed under the temporary migration law and temporary permits became the norm.

The parties who want it to stay that way argue that it will help keep new arrivals to more manageable numbers, while critics say that issuing temporary residence permits by default hinders integration. A police officer looks on as a group of migrants arrive in Malmö during the 2015 crisis. Photo: Johan Nilsson/TT

Another of the big changes in the 2016 temporary law was the introduction of so-called maintenance requirements for people bringing family members over to Sweden.

Anyone — not just people who arrived as asylum seekers, but also Swedish citizens and residents — bringing a family member or spouse to Sweden must meet certain criteria under the current rules.

The person in Sweden must prove that their income and size of their home is sufficient to support the family member before a permit will be granted, and any job offer, savings or independent income of the family member is not taken into account.

Most Swedish parties have agreed on an exemption from this rule for Swedish and EU/EEA citizens, according to Swedish radio.

Several parties have called for protection on 'humanitarian grounds' to be introduced as a possible criteria for residence permit applications. This means that people in certain situations would have a greater possibility to come to Sweden; examples would be people fleeing a climate catastrophe, or people seriously or terminally ill, especially if they don't have family in their home country.

Currently, some of these situations are covered by the designation “others in need of protection”. But several politicians, among them the current Migration Minister Morgan Johansson, say that there are some cases which currently aren't covered by existing legislation which would be covered by adding “humanitarian grounds”. Usually called volymmål ('volume goal or target' in Swedish), this is a proposal from the right-of-centre Moderate Party for a limit on the number of asylum seekers who can enter Sweden each year.

Debate over this was one of the major reasons talks haven't been successful so far. The Green Party threatened to leave the government if their coalition partners, the Social Democrat, supported a policy that included a volymmål.

Because of this, it won't be included in the Migration Committee's proposals, along with several of the Moderate Party's other tougher proposals, including stricter requirements for access to the Swedish welfare system.

However, the Moderates could in theory put their own proposals to parliament.

So how will Sweden reach a compromise on these divisive issues in order to reform the migration law?

Instead of putting forward a complete law proposal, the likeliest step is that the committee will put forward individual proposals that have broad parliamentary support.

Different groups of parties back different policies; for example, the Social Democrats, Green Party, Centre Party, Liberals and Left Party all support a new rule for protection on humanitarian grounds in principle, while both the Social Democrats and Moderate Party support temporary residence permits for asylum seekers.

Because there are considerable disagreements between the two government partners (the Social Democrat and Green parties), further negotiations will probably be needed to reach an agreement on some points.

If they manage to agree, the government would probably send the proposals out for a consultation round, after which it may decide to put them to parliament for a vote. Only then would there be a law change.

The temporary law that's currently in place will expire in summer next year, so the goal is to replace it with a new permanent policy before then.